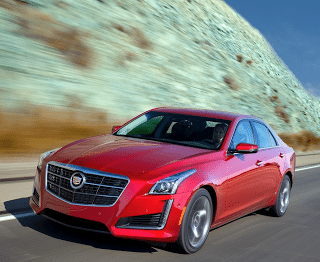 As we anticipated the results from another strong month for the U.S. auto industry, December 2013’s early figures supported such a belief.

Then, GM’s four brands all reported year-over-year declines in December – Chevrolet’s 8% drop being the worst – but all four brands posted gains over the twelve-month period. In the end, U.S. new vehicle sales were level in December, rather than strengthened, and the new vehicle market as a whole rose 7.5% over the course of 2013’s twelve months.

More info after the numbers.

Don’t like to see automakers arranged alphabetically? Click column headers to sort automakers by December ranking, December 2013 sales, year-over-year change, or any other order. Best seller lists for cars, trucks, and SUVs will be added later this afternoon. In the coming days, GCBC will also publish a complete list of YTD/December sales for every single vehicle line, a list which includes brand results. To find out what you can expect, you can see November’s version of that post here. You can always find historical monthly and yearly sales figures for any brand by clicking the brand name in the table below or by selecting a make (or model) at GCBC’s Sales Stats page. The + icon has been removed from year-over-year improvements. Look instead for red font to designate year-over-year declines.

Click column headers to sort by specific categories. Using the mobile version of GoodCarBadCar? Switch to the web version at the bottom of the page, at which point columns should be sortable.
December 2014 • January 2014 • November 2013 – December 2012
Updated at 4:58 PM AT on 01.03.2014

Subaru USA sold nearly twice as many vehicles as they did just four years ago. American Honda’s 2013 was the second-highest-volume year in the company’s history – it was the best ever year for the CR-V, America’s top-selling utility vehicle. Mercedes-Benz generated 10% of its non-Sprinter volume with the new CLA-Class; E-Class sales jumped to 8727 units, more than a quarter of Benz’s December total.

Six out of every ten Infiniti sales in December were produced by the Q50 and QX60. Nissan car sales grew 11%; Nissan truck/SUV/CUV/van sales jumped 12%. Porsche relied on the Cayenne for 42% of its December volume, down from 53% a year ago. Mitsubishi volume, though on the rise in 2013, was lower than 2011’s total, and less than a fifth what Mitsubishi managed in 2002.

As the Camry lost its monthly crown as America’s best-selling car, total Toyota car sales slid 6% in December but rose 5% in 2013 as a whole. Mazda’s new 3 hasn’t yet proven to be of any assistance, as overall brand sales slid 16% and 3 sales dropped 26%. BMW and Mini combined for 43,981 sales in December; BMW was America’s leading premium auto seller last month. Mercedes-Benz’s luxury division outsold BMW by 3254 sales in 2013.

Kia’s rough December was harmed most especially by falling sales of, well, most nameplates, from the Rio, Optima, and Sorento to the Sedona and the Soul. An already rough year got worse for Volvo in December, in advance of the V60’s arrival, as sales plunged 20.5%.