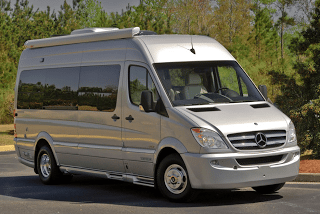 Here you will find the commercial van sales leaders in the United States for June 2018. Each month we compile the commercial van model sales data and reports for North American markets and analyze it to create the best selling list below.

In the commercial van segment at least it looks like General Motors products have not been making too much of a splash since we last heard from the automaker back in March.

The Chevrolet Express and GMC Savana sit 23.44% and 28.53% behind their year-to-date performances for the first half of 2017, while the Ford Transit runs away with the full size van market.

For the year so far, Transit has over a third of the overall commercial van market in the USA, up from 29.4% a year ago.

That being said, its other rivals don’t appear to be up to much, either, with the vast majority of commercial vans’ right-hand columns in the red after six months of 2018.

The Nissan NV200 sits quite pretty as the only other flash of green on the year-to-date side of the table worth mentioning. The plucky little Nissan set a June record for its sales last month, and year-to-date it sits ahead by more than 2%, the only small commercial van to have ended the first half of 2018 in positive sales growth,