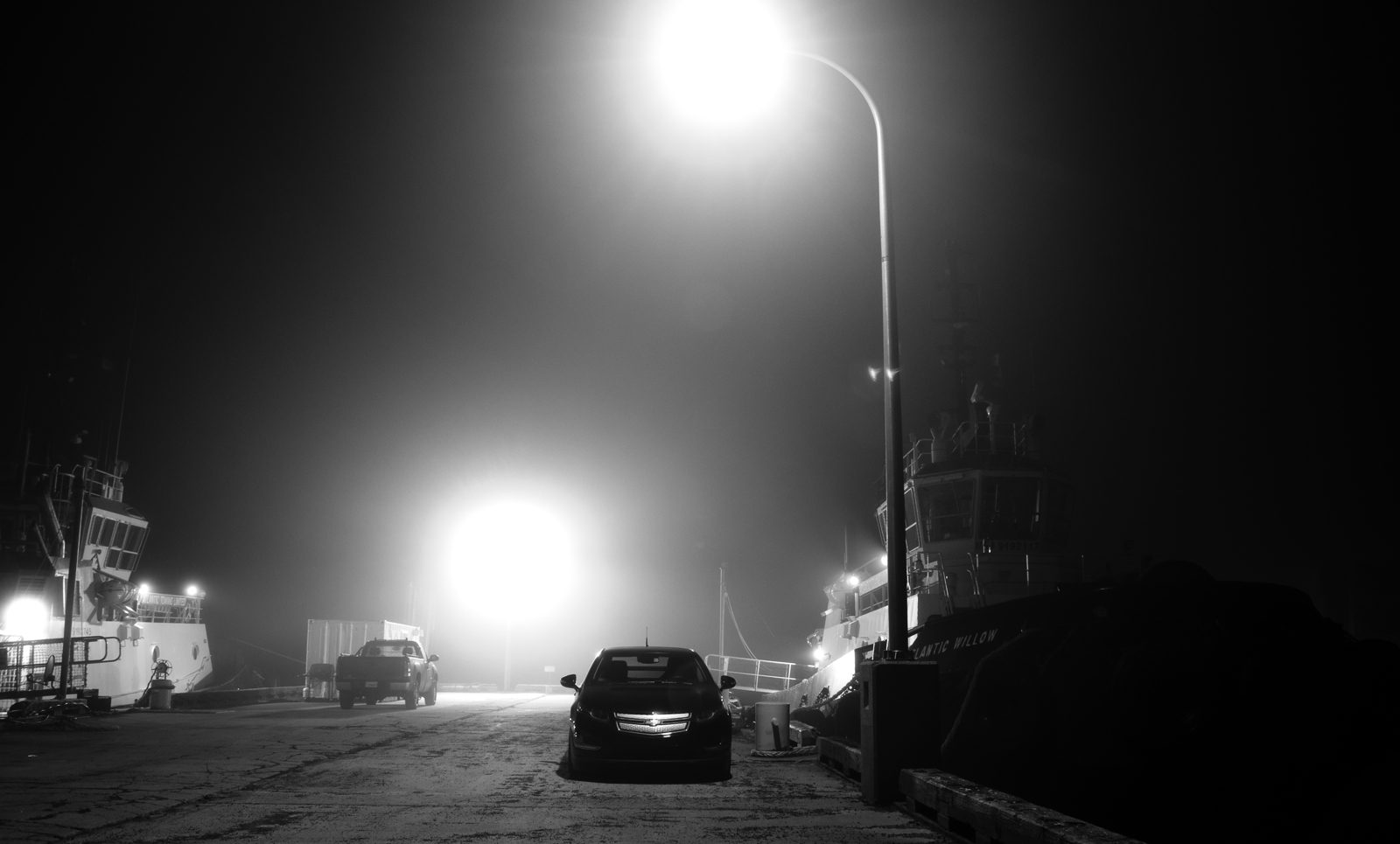 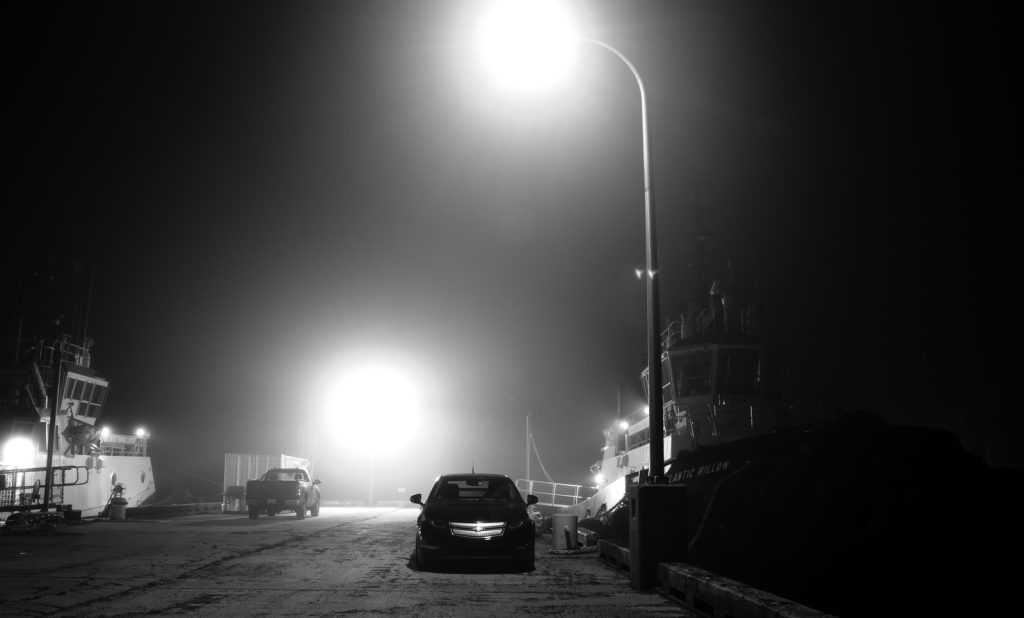 This article doesn’t represent hatchet job, a vast right-wing conspiracy to make the Volt look bad. GCBC has published two Volt reviews. Both were overwhelmingly positive. (Images in this post come from the second review.)

We’re simply pointing out what the latest sales figures make abundantly obvious. Volt competitors are ramping up, but the Volt itself is on the downswing. Price cuts haven’t helped, the Cadillac ELR hasn’t helped, and bad press coverage of GM’s recall fiasco can’t be helping, either.

Admittedly, although the U.S. auto market is growing in 2014, overall passenger car sales are stagnant at best. Automotive News says cars are up 0.1%, but they slid 1% in June. (And that 0.1% uptick relies on very favourable Tesla sales estimates.) But the Volt’s rate of decline is well below that average.

But it’s the cars which sold less often than the Volt during the first half of 2013 that are now selling better than the Volt that really drive home the point. Leaf and Prius Plug-In? That’s not all.

The Subaru Impreza-based WRX/STi duo, the Porsche Cayenne (though recently negatively impacted by the Macan’s arrival), and commercial vans from Mercedes-Benz and GMC. The Lexus GS and GX, Ford’s Explorer Police Interceptor, the new-to-market Jeep Cherokee and Mercedes-Benz CLA and Infiniti Q50. Also, the Scion tC, Buick Regal, and Chevrolet Corvette. Then there are high-end luxury vehicles: the Land Rover Range Rover Sport and Mercedes-Benz S-Class.

None of those nameplates sold as often as the Volt in the first six months of 2013. All are now selling more often than the Volt.

Chevrolet has managed to sell more than 2000 copies of their plug-in electric on nine occasions in the Volt’s 43-month U.S. sales history. They have topped the 3000 mark once, in August 2013. Nissan has topped the 2000-unit mark 11 times in the last 16 months including one month, May 2014, in which Leaf sales climbed above 3000 units. The Volt hasn’t crossed the 2K threshold since December 2013. 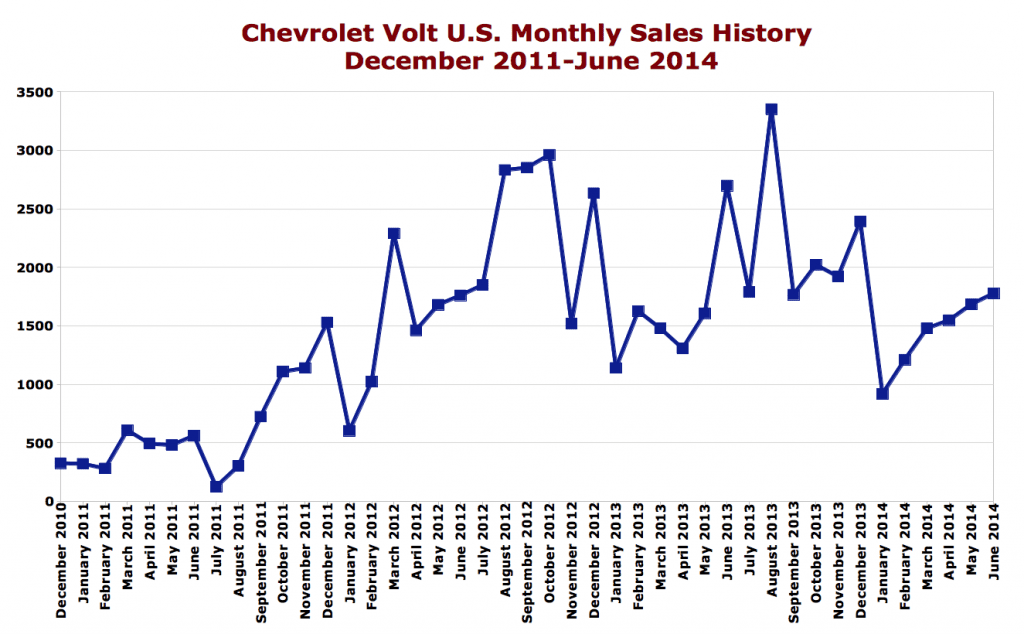 GM says the next Volt will have greater range. Consumers may be more open-minded to the concept. We’ll make no predictions on the success of a second-gen model about which we know next to nothing. But based on consumer tendencies, the current model is showing the symptoms of old age. As for the Cadillac ELR which uses the Volt as a foundation, that car deserves a terrible forecast. June was a record-setting month for the ELR – 97 were sold.

Yes, the ELR was meant to be exclusive, but so is the Mercedes-Benz SL-Class, and they sold 369 of those during a down month in June. The Porsche 911 is supposedly exclusive, and they sold 809 in June, again during a slightly down month. Mercedes-Benz sold 280 copies of the G-Class. You read that right. The G-Class was nearly three times more popular than the ELR in June. 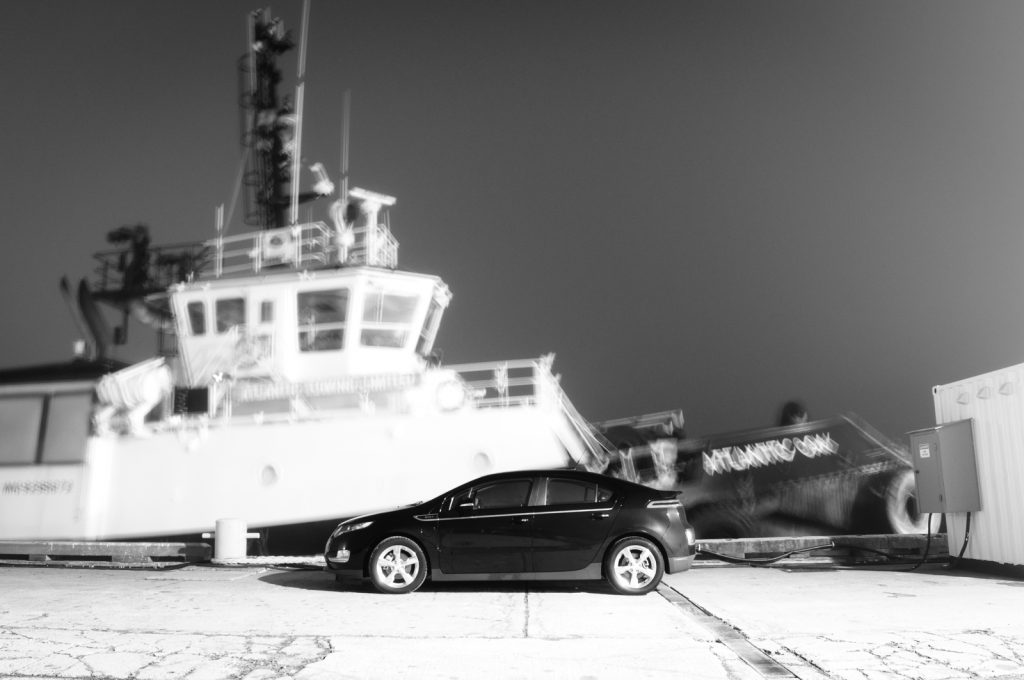 As for the Volt, the current pace of 1436 sales per month is the kind of number achieved by successful coupe offshoots like the Audi A5, forgotten subcompacts like the Toyota Yaris, and replaced sedans like the Infiniti G. That’s not what GM hoped for, and it’s not what the Volt deserves.