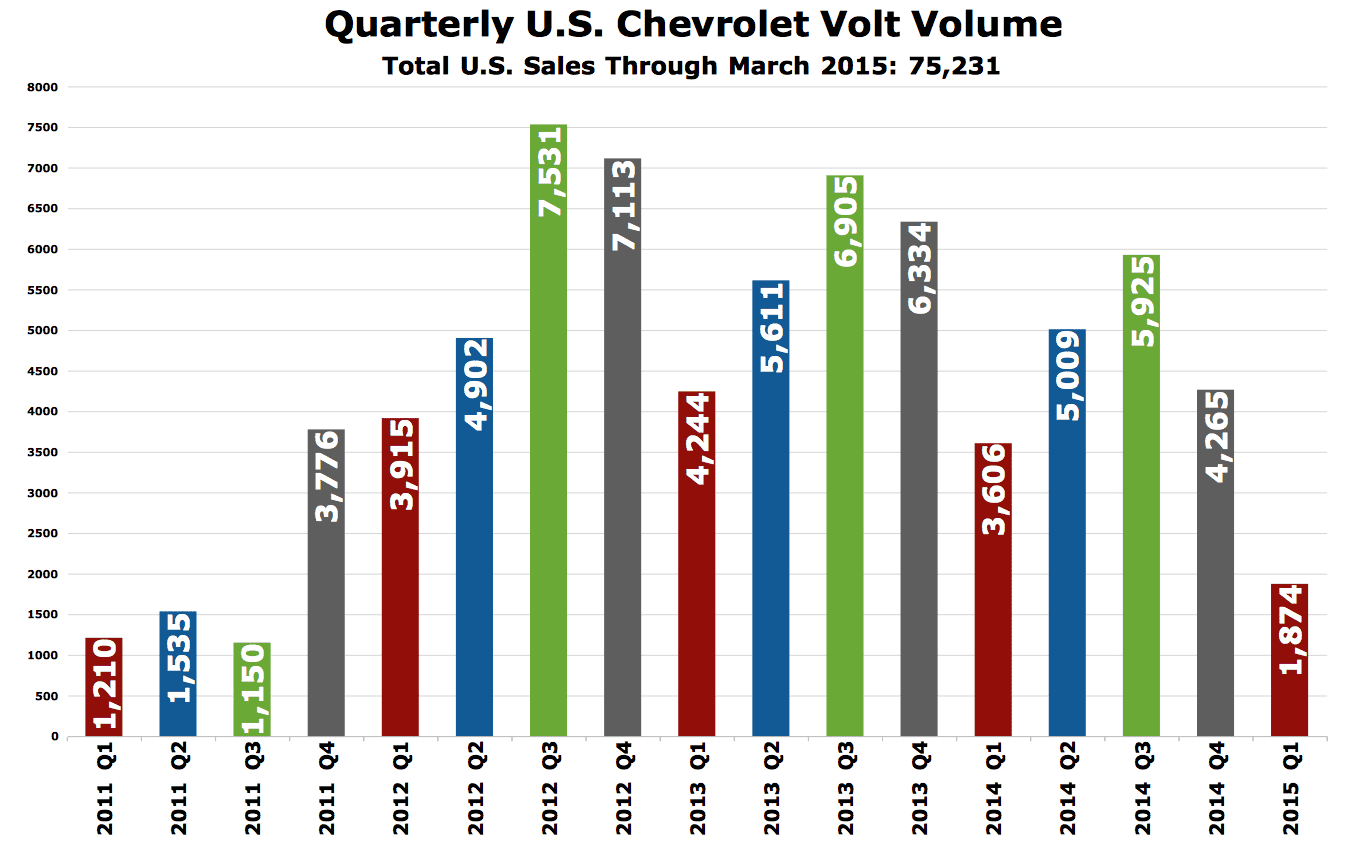 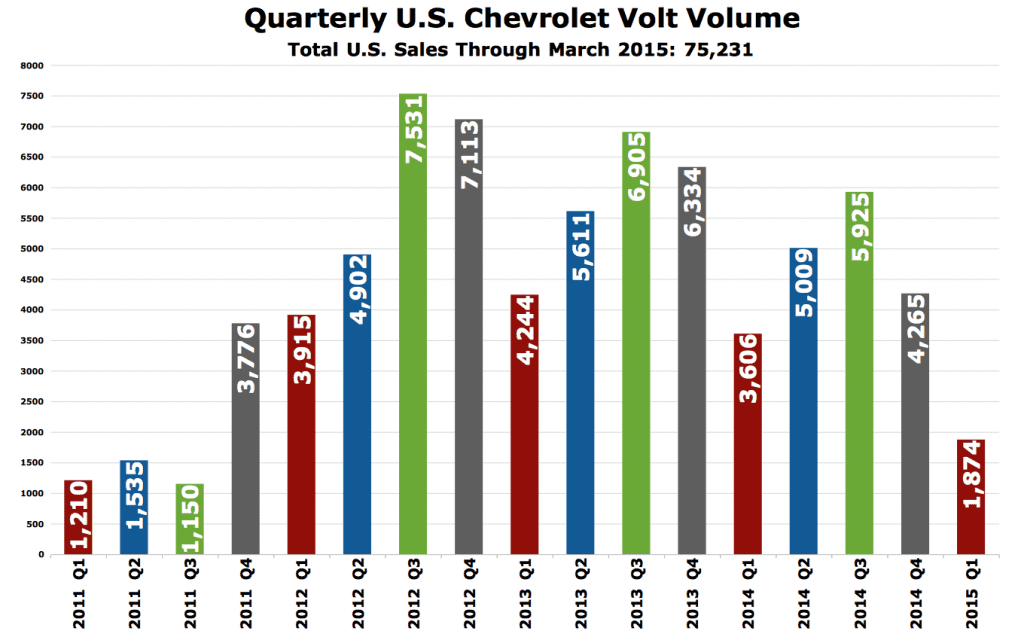 The first three months of 2015 marked the lowest-volume quarter of U.S. Chevrolet Volt sales since the summer of 2011, when Volt production was just ramping up.

Volt volume in January of this year, more specifically, fell to the lowest level since August 2011. With only 542 sales in the first month of 2015, Volt sales were down 41%.

February sales then tumbled 43%. Most recently, March 2015 volume slid below 1000 units for the third time in three months, tumbling 57% to just 639 units, just the fourth time in 38 months that GM has sold fewer than 1000 Volts in the span of a month.

Are fuel prices to blame, or the fact that the next, improved Volt has already been revealed? Both may be contributing factors in the most recent months, but a straightforward drop in demand, from low to lower, is the more appropriate response. Volt volume was in decline long before the latest fuel price decline.

Volt sales peaked during the car’s second full year on the market, 2012, before beginning a steady decline that saw monthly volume decrease on a year-over-year basis in 18 of 25 months, including each of the last eight months.

Initial expectations called for approximately 40,000 annual Volt sales in the United States. GM hasn’t yet come within 16,000 units of matching that goal.

One thing is certain: there are Volts to be had. The drop to only 1874 first-quarter sales in 2015 occurred despite the fact that GM had, according to Automotive News, a 56-day supply at the beginning of January, a 192-day supply at the start of February, and a 159-day supply when March began.

This post also appeared this morning on The Truth About Cars.