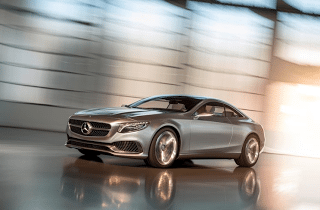 Not unlike the drop seen south of the border, sales of the Mercedes-Benz S-Class and its CL-Class coupe sibling tumbled 67% from 72 to just 24 units in August 2013.

In the United States, the S-Class suffered a 51.5% year-over-year decline in August; CL-Class volume slid 57.8%. Canadian sales figures for the two cars – soon to be one car under the W222 S-Class banner – are combined.

BMW sold 52 7-Series sedans in August, up 13%. Jaguar XJ volume rose 150% to 30 units. Lexus LS volume rose, albeit by just two units, as was the case with the Audi A8. The S-Class’s lull between generations produces lackluster sales, but we can expect to see a big boost soon.

Its decline certainly wasn’t the worst in August. Sales of the rarely available Honda Insight fell to just one unit, and the Chevrolet Orlando, still relatively fresh, slid 86%. The Jaguar XK has been cast aside to the shadows by Jaguar’s F-Type, and we’ve yet to see the new Chevrolet Impala put up a decent month. Its Buick partner tumbled at the same rate in August, as well.

GoodCarBadCar ranks worst sellers three different ways below. It starts by measuring vehicles by their own respective year-over-year declines. Then cars with base prices under $50,000 are ranked by volume, then all nameplates are tossed into one pot.

Source: Manufacturers & ANDC
Vehicle must have been on sale in August 2013, must not have been officially cancelled by its manufacturer, and must have been showcased on manufacturer’s website in June. The rule that disallows discontinued or cancelled vehicles can lead to confusion, as manufacturers often announce the discontinuation of a model but continue to market the car indefinitely. Brands such as Ferrari, Lamborghini, Bentley, Maserati etc. do not issue model-specific monthly sales reports. Audi’s A3 is on hiatus, but sales fell 91% to 10 in August.