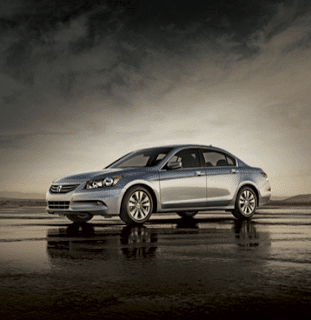 The real story in Canada’s October 2011 worst-selling vehicles lists is not the Honda Insight and it’s 95% drop, nor is it the Chevrolet Caprice (fleet vehicle only, remember) and its two deliveries. The fact that Acura could only find two RL buyers isn’t surprising, and therefore that fact isn’t worthy of attention.

No, it’s the presence of the Honda Accord in this list of worst-selling vehicles which merits top billing. Let’s not be mistaken: the Accord was nearly twelve times more popular last month then the next-best car on this list, Mercedes-Benz’s B-Class. The Accord out-sold the Buick Regal, Chrysler 200, Dodge Avenger, Chevrolet Malibu, Kia Optima, Mazda 6, Nissan Altima, and Suzuki Kizashi in October 2011.

And before you go off excusing the Accord because Honda’s had it rough lately – which they have, Canadian Honda sales are down 15.5% this year – keep American Honda’s October achievements. Accord sedan sales were up 5.3% last month in the United States and the Accord was America’s best-selling car. If it wasn’t clear to you that Canada and the U.S. are two very different places…

Of course, the Accord is only Canada’s 10th-worst-selling vehicle if results are tabulated by year-over-year percentage decline. As always, vehicles no longer in production, officially cancelled, or not featured on the websites of their Canadian subsidiaries are not eligible. When calculated by volume, the Accord slides in safe with 580 units to spare. Check out the volume list below, and below that, the volume rankings which take into account many vehicles which are intended to be slow sellers, the Mercedes-Benz SLS AMG standing out as one such example.

Last month’s worst sellers post can be viewed here; the American version is here. For the sake of positivity, the best seller posts have already been published.