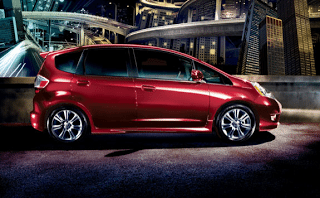 Acura Canada failed to sell a single RL in November 2011. This is unusual but not unheard-of. The same thing happened in September and June of last year. Since March, when Acura Canada sold only 11 RLs, sales have gotten closer and closer to zilch. Acura sold only two RLs in October, for example.

The Mercedes-Benz B-Class is suffering from model changeover syndrome. Waiting for the new B-Class while supply of the old B-Class dwindles can’t be easy for Canadian Benz dealers. B-Class sales fell 95% in November. Honda Fit’s November decline was equally precipitous. This equates to a 1474-unit drop in Fit sales. The Honda hatchback was Canada’s eighth-best-selling car last November. Honda Fit sales have fallen every month since August and haven’t topped 433 once this year, a figure Honda topped 75% of the time last year.

Non-premium vehicles like the Fit aren’t supposed to be as exclusive as their upscale premium brethren. When judged by volume, the Fit escaped worst seller status in November. The Honda Insight, on the other hand, a car Honda Canada mostly ignores, was the worst-selling non-premium vehicle in Canada last month.

It’s too early for Mitsubishi’s new-to-market i MiEV electric car to have taken off, but there’s evidence which suggests it won’t do so soon. Three months in to the Chevrolet Volt’s Canadian campaign, GM only found 28 Volt buyers. Nissan sold the LEAF to only 42 buyers in Canada in November. The Volt and LEAF are vehicles we would call more mainstream than the i MiEV.

Last month’s version of this list can be viewed here. It’s also worth checking out the U.S. edition. The list of Canada’s 30 best-selling vehicles does not feature any of the vehicles found in the tables below.