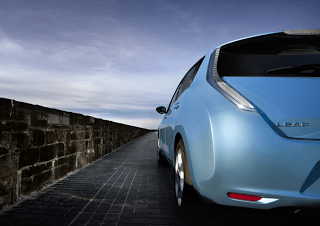 In May 2012, for the second time in the Honda CR-Z’s brief lifespan, year-over-year Canadian sales volume did not decrease by more than 57%. While CR-Z sales did slide 45%, that wasn’t bad enough for the two-seat Honda hybrid to be included on the Canadian worst-selling cars list when ranked by percentage decline.

However, ranked strictly by volume, the CR-Z was one of the lowest-selling mainstream brand cars in Canada in May. Among cars which remain a part of their mainstream automaker’s model lineup, only the Toyota Avalon, Mitsubishi i MiEV, Subaru Tribeca, Nissan LEAF, and Honda’s own special order Insight sold less frequently.

You’ll also notice in the second table that the all-electric i MiEV did indeed outsell the all-electric LEAF in May 2012. The Chevrolet Volt, featured in a GCBC Driven review last month, found 211 buyers in May. Toyota sold 365 copies of the Prius C, 431 Prius V wagons, and 416 regular Prius liftbacks.

The ultra high-end Lexus LFA is perhaps unfairly positioned on this worst sellers list. The Canadian ordering process is now over, and many of its rivals aren’t eligible for this grouping because precise Canadian sales figures aren’t available. For example, Automotive News estimates that Ferrari and Lamborghini sold 19 and 11 cars in May, respectively. Those figures are for brands which sell more than one model, clearly indicating that one car or another (Aventador maybe? Or the FF?) would join the LFA as a rare sale.

Historical monthly and yearly sales figures for all these models can be accessed through the dropdown menu at the top right of this page or at GCBC’s Sales Stats home. For a positive spin on Canada’s May 2012 auto sales situation, check out the 30 best-selling vehicles.