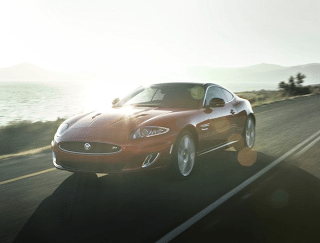 Beyond the fact that some vehicles are produced yet deemed undesirable, there are countless reasons which explain why an automobile ends up on GoodCarBadCar’s list of the 10 worst-selling cars in Canada.

Take the Boxster, for example. Porsche sold two copies of the base Boxster, two more copies of the Boxster S, and one Boxster S Black Edition in March 2012. These are leftovers. Porsche’s Canadian stores need the new Boxster in order to satisfy the desires of potential buyers who want a better, newer Boxster. They also need a new Boxster simply because they need cars to sell. Outgoing roadsters aren’t cool, for starters. Besides, they’re not commonly found on dealer lots.

Chevrolet’s Malibu is singing from a similar song sheet. So is the Mercedes-Benz SL-Class. Honda Canada, on the other hand, doesn’t even really try to sell the Insight, CR-Z, and Acura RL. The Mitsubishi i MiEV and Nissan LEAF weren’t exactly bound to be best sellers. In March, Chevrolet managed to sell 116 Volts in that car’s second-best sales month yet.

Each car has a reason. It’s fair to say that in many cases a car’s poor availability relates to the fact that buyers simply aren’t interested and thus, the vehicle isn’t being stocked. But there are times when automakers failed to anticipate demand and can’t supply cars at the rate required. Nevertheless, the Suzuki Kizashi isn’t Canada’s tenth-worst-selling car because everybody wanted one but couldn’t find one to buy.

Detailed monthly and yearly sales figures for the 23 cars listed below and every other vehicle on sale in North America can be accessed through the dropdown menu at the top right of this page. For more positive news, check out the links to Canada’s best-selling cars, trucks, and SUVs.