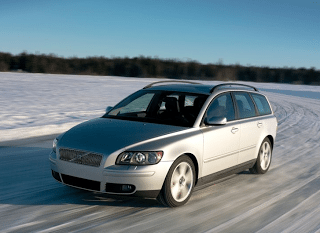 It’s not surprising to see that Volvo landed major roles on Canada’s list of the worst-selling vehicles in June 2013. Brand-wide, Volvo Canada sales have fallen in 14 consecutive months. The brand no longer features enticing entry level cars like the S40 and V50, which were enticing at one time.

But XC90 sales shot up 170% to 100 units in June. Mercedes-Benz and BMW sold more than three times that many MLs and X5s.

GoodCarBadCar ranks worst sellers three different ways below. It starts by measuring vehicles by their own respective year-over-year declines. Then cars with base prices under $50,000 are ranked by volume, then all nameplates are tossed into one pot.

Source: Manufacturers &
Vehicle must have been on sale in June 2013, must not have been officially cancelled by its manufacturer, and must have been showcased on manufacturer’s website in June. The rule that disallows discontinued or cancelled vehicles can lead to confusion, as manufacturers often announce the discontinuation of a model but continue to market the car indefinitely. Scion xD sales, for example, slid 56.8% to 19 in June. Brands such as Ferrari, Lamborghini, Bentley, Maserati etc. do not issue model-specific monthly sales reports.