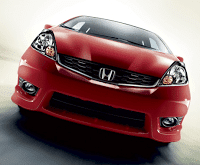 While Honda was busy making sure the Civic remained Canada’s best-selling car in the latter part of 2011, the company’s Canadian division forgot about the Fit. Not only was the Civic the cheaper purchase, it was the only possible small Honda purchase. Fit inventory shrunk to nothing, sales shrunk dangerously close to nothing, and the Fit was Canada’s worst-selling car in December 2011, at least for those measuring worst seller status by year-over-year percentage decline.

Indeed, if we’re measuring car sales by volume alone, the Porsche Cayman was Canada’s worst-selling car. Both the Nissan GT-R and Cayman found just one Canadian buyer in December. Scroll down the page to find worst sellers ranked by volume, an all-inclusive list and another which shows vehicles from mainstream brands. Sales figures for these models and all nameplates currently on sale can be found by accessing the dropdown menu at the top right of this page.