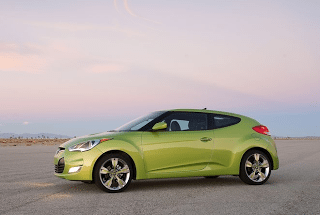 Let’s get one thing straight: the Hyundai Veloster is not the worst-selling car in Canada.

This, of course, ignores the fact that Hyundai dealers close to GCBC Towers didn’t even have any Velosters to sell until September. And even in September there’ve been very few, and the few that were made available have sold rapidly. But, the Veloster is on sale, and Hyundai did only sell four. So here it is, as part of Canada’s worst-selling vehicle list for non-premium vehicles and the list which includes all yet-to-be-cancelled models which are currently on sale.

GoodCarBadCar.net’s monthly Worst Sellers post is more than just a simple list. It’s filled by not one, not two, but three lists which tabulate Canada’s worst-selling vehicles based on volume and year-over-year percentage decline. Many vehicles have excuses; many of those excuses are valid. Unless you’re, say, a Dodge Dakota (sales of which slid 86.1% to 52 in August) which was formally put out to pasture by Chrysler late last month, you’re most likely eligible for this list, or should we say, these lists.

Suck it up, Prius fans. Canadians don’t really like your car; they certainly don’t like it as much as they did last year at this time. And it doesn’t help that Toyota’s Canadian dealers hardly have a Prius to sell. Oooh…. aaah, the Nissan LEAF sold out. All 25 of them. And why won’t Honda just take the freakin’ Insight off their Canadian website?