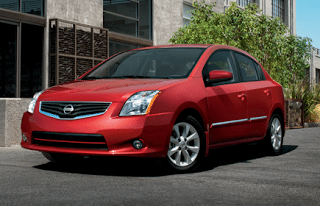 Three mainstream sedans from three mainstream automakers reported some of the worst year-over-year sales declines in April 2012. Apart from the relatively high-volume Chevrolet Malibu, Nissan Sentra, and Mazda 6, none of the other big losers sold any more than 43 copies.

The you’ll-never-see-one-anywhere-not-even-at-dealers Honda Insight plunged 83% from April 2011’s 48 sales. But there are cars, vehicles which are still in production, which sold less frequently than the Insight last month. Lexus didn’t sell a single LS600hL in April and only four LS460s. Acura sold three boring RL sedans. Porsche sold three Boxsters – it’s hard to sell more than that when there aren’t more to sell. There was one basic Boxster sold plus two more in Boxster S trim. There was one paying Lexus LFA customer. (The ANDC estimates that Ferrari sold 19 cars in total; Lamborghini another 11.)

Honda’s Insight mixes it up with other unconventionally-powered cars in the second table below, the list which ranks mainstream brand automobiles by total volume. As rare as the Mitsubishi i and Nissan LEAF are on dealer lots in Canada, so too are the number of Canadians willing to purchase or lease an electric car. Chevrolet sold 76 Volts last month, by the way.

In April 2012, these were the 10 worst-selling cars in Canada, factored three different ways. Historical monthly and yearly sales figures for each of these vehicles can be accessed through the dropdown menu at the top right of this page. For positive news, check out the 30 best-selling vehicles in Canada.