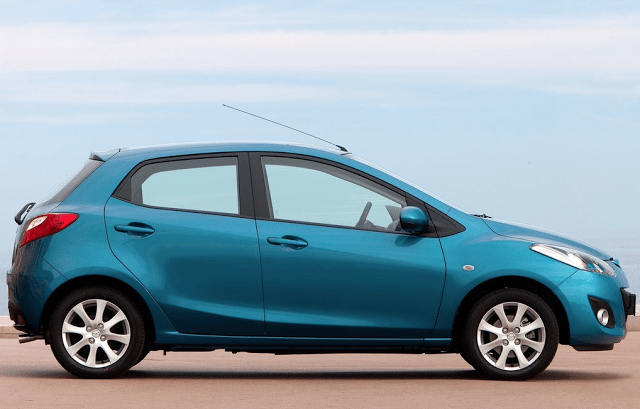 The long wait is over. Mazda 2 sales have been steadily declining in Canada in the lead-up to the launch of the next-generation 2, a car that Mazda USA decided not to sell.

We have now learned that the next-generation 2 won’t be sold in Canada, either. Mazda is giving up on the Canadian subcompact category, meaning these final 2s sold in the coming weeks will mark the end of Mazda’s six-year foray. The 2 wasn’t new when it arrived here, of course. And you can still have a Mazda subcompact, but it won’t wear the Mazda badge. In the United States, the Mazda 2 became the Scion iA, a four-door sedan from Toyota’s sub-brand. In Canada, it’s the Toyota Yaris sedan.

medianet_width=’468′; medianet_height= ’60’; medianet_crid=’481536334′;
In October, the 2’s year-over-year decline was third-worst in the market among vehicles still generating measurable sales activity. By outright volume, the 2 ranked 13th on the list of Canada’s worst-selling vehicles, a list which doesn’t purely hold discontinued vehicles or vehicles on hiatus or intentionally low-volume vehicles.

Consider the Volvo S60, Canada’s eighth-worst-selling vehicle by year-over-year decline in October 2015, or the Lincoln MKS, the 15th-lowest-volume vehicle in Canada last month.