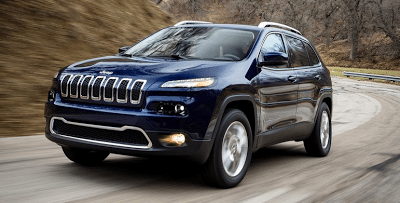 Beginning in September, Canadians were permitted to purchase a handful of all-new automobile nameplates, and another reincarnated SUV model, as well.

Mercedes-Benz Canada sold its first 108 CLA250s in September 2013. The Ram ProMaster debuted with nine sales in GCBC’s commercial van list. Infiniti began reporting sales figures for the Q50 sedan. Mitsubishi sold its first 81 Mirages. And Jeep has reintroduced the Cherokee, although it surely doesn’t look like the Cherokee you once loved.

Canada’s 20 best-selling vehicles, meanwhile, generated more than half the industry’s September volume. Through three quarters, vehicles from the Ford F-Series to the Jeep Wrangler – plus the three trucks, one minivan, five utility vehicles, and nine cars in between – are responsible for 48.9% of the Canadian auto industry’s sales volume. 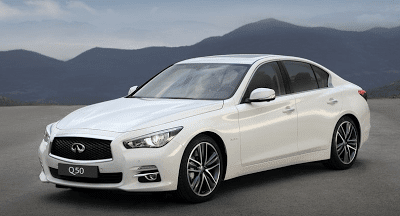 Inside that top 20 you’ll find that Canada’s two most popular vehicle lines are pickup trucks. Canada’s top-selling car is the third-ranked Honda Civic. The vehicle which owns 51% of the minivan market, Dodge’s Grand Caravan, is the fifth-ranked vehicle overall. The eighth-ranked Ford Escape leads all SUVs and crossovers. Canada’s leading midsize car is the 18th-ranked Ford Fusion, 2718 sales ahead of the Toyota Camry. Finally, Canada’s best-selling subcompact, the Hyundai Accent, is Canada’s 19th-best-selling vehicle.

These are year-to-date rankings, but you can sort vehicles by September volume by clicking the September 2013 column header, or you can rank vehicles by improvements or declines using the % columns. Or, most importantly, you can list automakers together by selecting the Vehicle column header. Just remember, the list is horizontally flipped from the norm: YTD on the left, monthly data on the right.

Source: Manufacturers & ANDC
Red font indicates year-over-year declining sales
Italicized unranked lines are nothing more than available breakdowns, already included in the model’s total, not in addition to the model’s total. Sales data for brands such as Ferrari, Lamborghini are unfortunately not broken down by model. estimates say sales for those brands in September were 18 and 4, respectively, 160 and 34 YTD . Total Maserati and Bentley volume is reported, but not by specific models.
* Notes: Total Santa Fe volume is up 34% to 22,512 this year, up 66% to 2961 in September. Mini Cooper includes sales of the Hardtop, Convertible, Clubman, Coupe, Roadster, and Paceman. Total Prius Family sales are down 18% to 6446 this year, down 12% to 685 in September. Total Genesis sales are down 6% to 2354 this year, down 21% to 187 in September. Land Cruiser is a commercial vehicle. Ram and Viper not labelled purely as Rams and SRTs so they can be displayed with like-branded Dodges when readers click Vehicle heading to sort by brand. Infiniti has begun reporting the G sedan, Q60, and Q50 separately. Combined, the G sedan and Q50 are down 3% to 1861 units this year, up 96% to 357 in September. The three nameplates together were down 9% through three quarters to 2297 units, up 71% to 389 in September. This post was corrected at 3:48 PM AT on 11.15.2013 with updated information from the regarding Land Rover sales.