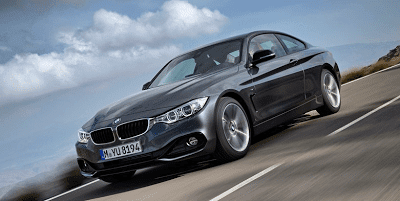 By buying the same cars as their neighbours, friends, and cousins, Canadians popularize the country’s best-selling vehicles to a much greater extent than Americans do south of our border.

One-third of all the new vehicles sold in Canada during the first ten months of 2013 are represented by the ten top nameplates: F-Series to Silverado.

As a result of this attraction to the most dominant of vehicles, there appear to be showrooms that could exist just fine with a dramatic reduction in the number of vehicles displayed inside. Ford’s four top models – F-Series, Escape, Focus, Fusion – attract 77% of Ford’s Canadian customers.

Eight out of every ten Hondas sold are either Civics, CR-Vs, or Accords, leaving the Crosstour, CR-Z, Fit, Insight, Odyssey, Pilot, and Ridgeline to sweep up the leftovers.

86% of the Hyundais sold are Elantras, Santa Fes, Accents, and Sonatas.

GM’s four top models are responsible for 58% of the company’s Canadian sales, leaving around 30 other nameplates to fight over the remainder.

It’s not as though this isn’t sensible. Naturally, higher-volume products are going to be, well, higher in volume. But, for the most part, you won’t see those kinds of numbers from automakers’ cars and trucks and SUVs which rank in the top 30 in the U.S. Equivalent parts of the lineups mentioned above produce 66% of Ford’s U.S. sales, 45% at the Chrysler Group, 74% at Honda, 83% at Hyundai, and 42% at General Motors.

New to the list of complete vehicle rankings for October is the BMW 4-Series, the renamed BMW 3-Series two-door family. It begins its tenure with a ranking of 226th. In its second month, the Mitsubishi Mirage has moved up 28 places to a ranking of 210th. The Mercedes-Benz CLA and Jeep Cherokee, both of which also reported their first sales in September, have moved up 21 and 11 spots to 213th and 237th, respectively. On its own, the Infiniti Q50 now sits in the 166th position, up from 172nd a month ago.

There are exciting improvements in this month’s ranking of vehicle sales. Prior year figures now include the actual numbers from last year, not just the percentage increases/decreases from last year. As a result, we’ve also included vehicles like the Kia Borrego and Saab 9-3, nameplates which collected sales in 2012 but not this year. More importantly, there are now visible brand results, so when you sort the table by vehicle names to showcase, for example, all Hyundais together, you’ll also see the Hyundai brand’s total. Manufacturers are shown in bold to differentiate makes and models. At any time, click the Rank column to return to the original format. If you’re on a mobile device, you may need to choose the full version of the site (at the bottom of the page) in order to use the sortable function.

Reminder: these are year-to-date rankings, but you can sort vehicles by October volume by clicking the October 2013 column header, or you can rank vehicles by improvements or declines using the % columns. Or, most importantly, you can list automakers together by selecting the Vehicle column header. Just remember, the list is horizontally flipped from the norm: YTD on the left, monthly data on the right.

Source: Automakers & ANDC
Red font indicates year-over-year declining sales
* Italicized unranked lines are nothing more than available breakdowns, already included in the model’s total, not in addition to the model’s total.
^ Brand total includes sales of commercial vans. Dodge/Ram sales figures are isolated here.
¹ Chrysler markets the Ram not as a Dodge but as a Ram, but we show it and the SRT Viper here as Dodges so you can see the vehicles with like-minded products when you sort vehicles alphabetically using the Vehicle column header.
² Total Prius Family sales: down 18.8% to 7043 YTD, down 22.8% to 597 in October.
³ Total Santa Fe sales: up 30.2% to 24,769 YTD, up 3.3% to 2257 in October.
† Mini Cooper includes sales of the Hardtop, Convertible, Clubman, Coupe, Roadster, and Paceman.
‡ Total Genesis sales: down 4.1% to 2576 YTD, up 13.8% to 222 in October.
± Total Infiniti G/Q50/Q60 sales: down 5.6% to 2589 YTD, up 27% to 292 in October. Total G sedan and Q50 sales: up 1.1% to 2128 YTD, up 46.7% to 267 in October.
¤ Automakers release sales figures for the E-Class and CLS-Class together, S-Class and CL-Class together, RL and RLX together.
º Land Cruiser is a commercial vehicle in Canada. Audi’s A4 sales data includes sales of the Allroad.
Sales data for brands such as Ferrari, Lamborghini are unfortunately not broken down by model. estimates say sales for those brands in October were 18 and 4, respectively, 178 and 38 YTD . Total Maserati and Bentley volume is reported, but not by specific models. It is believed that Tesla sold 440 copies of their Model S during the first eight months of 2013, but Tesla doesn’t issue monthly sales reports.
This post was updated at 1:03 PM on the original day of publishing with updated Prius figures, figures which had previously been one month old and again at 4:55 PM on 11.15.2013 with updated Land Rover figures for which ANDC’s prior YTD totals do not add up.