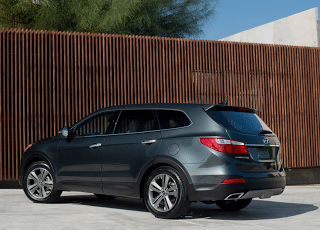 Sales of the Ford F-Series pickup came within a few hairs of cracking the 13,000-unit barrier. Ram Pickup sales (listed here as a Dodge, just like the Viper, for historical sensibilities and sorting concerns) topped 8000 units for just the second time. And sales of non-Touring Hyundai Elantras rose 87% compared with May 2012.

Scroll downwards, and you’ll find more impressive results, but from nameplates which don’t produce such high volumes. The Chrysler 300 is outselling the Fiat 500 in Canada. They drive out the same showroom doors, but one barely squeezes through while the other could almost fit side by side with a twin. It’s an interesting turn of fortune for Chrysler dealers: the 300 competes in a much higher price bracket and in a small category, but it cracked Canada’s list of the 20 best-selling cars in May. The 500, meanwhile, should be a common sight in small car-hungry Canada, but it’s not nearly as common a sale this year as it was in 2012.

A year ago, the 300 and 500 were Canada’s 59th and 46th-best-selling vehicles, respectively. The 300 hasn’t moved in the rankings (though volume is up 13%), but the Fiat has slid down to 60th spot. The 500 isn’t losing sales to the expanding Mini Cooper range – non-Countryman Mini sales are down 15% in Canada this year.

Combined sales of the two products General Motors doesn’t sell in America reached 715 units in May; 4131 year-to-date. That’s up 27% and 51% over May and the first five months of 2013, but it’s all to do with the Chevrolet Trax overcoming the Chevrolet Orlando’s decline. Judged by year-over-year declines, the Orlando was Canada’s third-worst-selling vehicle in May 2013. Kia sold 702 Rondos last month; Chevrolet dealers sold only 125 Orlandos. Mazda 5 sales dipped 53% to 236 units.

The newest product on this list of Canada’s 250 vehicles is the Jaguar F-Type. Its early ranking of 240th should improve with greater awareness and availability, but can the F-Type really attract a decent number of Canadian buyers with its high price? It’s either a value-oriented Porsche 911 fighter (doubtful) or a very premium Porsche Boxster rival. For the price of a basic F-Type, which is admittedly not that basic, you could buy a Boxster S and spend $6000 on options. Which is what you and many others will or would likely do. Sure, it’s early. But Porsche sold 86 Boxsters and Caymans in May.

There haven’t been too many all-new, never-before-heard-of nameplates added to this list of late. The Cadillac ATS is now Canada’s 110th-best-selling vehicle, up from 114th a month ago. The Dodge Dart slid from 41st in the first four months of 2013 to 43rd by the end of May. Buick’s Encore fell back to 118th from 105th in April. The Hyundai Santa Fe XL’s 22-spot improvement (to 147th) was notable. And the aforementioned Trax, a more attractively-priced Encore, fell five spots to 70th.

These are year-to-date rankings, but you can sort vehicles by May volume by clicking the May 2013 column header, or you can rank vehicles by improvements or declines using the % columns. Or, most importantly, you can list automakers together by selecting the Vehicle column header. Just remember, the list is horizontally flipped from the norm: YTD on the left, monthly data on the right.