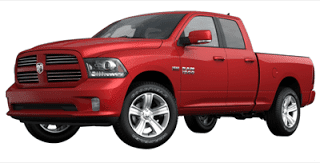 Every new vehicle purchased or leased in Canada in the first two months of 2013 is accounted for in this article’s massive sortable table. Clicking any column header will arrange the table alphabetically – where the vehicles from every brand are listed together – by year-to-date volume, percentage change from the same period in 2012, February volume, percentage change from February 2012, or by year-to-date ranking, as it is when you first see it.

What you can’t see with a quick glance is how severely the list is weighted toward the top. Altogether, there are 245 vehicles listed here, some with extra information in the accompanying unranked italicized lines, but the top 20 vehicles are responsible for 49% of the industry’s volume. 8% of the nameplates own half the market.

Perhaps the power of Canada’s best sellers are better understood when you consider just the top eight vehicles; 3% of the nameplates on the market. 29% of the Canadian auto industry’s volume comes from these vehicles, the country’s four top-selling trucks, two best-selling cars, best-selling minivan, and best-selling SUV.

This isn’t news to Canadian drivers. It really does seem as though pickup trucks, Honda Civics, Hyundai Elantras, Dodge Grand Caravans, and Ford Escapes are all over Canadian roads. South of the border, America’s eight best-selling vehicles were responsible for 22% of industry volume in January and February 2013. And they’re quite a different bunch of vehicles, too.

Back in Canada, take a more specific look at some of the top vehicles. Although the market as a whole is down 2.8% this year, that only works out to 5748 fewer new vehicle sales, as January and February weren’t historically the biggest months to begin with. Only two of the eight best-selling vehicles (and only three of the top ten) posted year-over-year sales declines in the first 59 days of 2013. Incidentally, their unit losses, 2964 for the Honda Civic and 2576 for the Dodge Grand Caravan, nearly equal the overall market’s decrease.

Ford F-Series sales are up 10%. Ram Pickup sales are up 14%. GMC Sierra volume has risen 10%. Chevrolet Silverado sales are up 9.5%. Those four trucks were responsible for 15.5% of new vehicle sales in Canada a year ago, but in the first two months of 2013, that figure has risen to 17.8%. We’re not suggesting that $10,000 discounts don’t help, but incentives weren’t insignificant at this time last year, either. Meanwhile, Canada’s current best-selling car, the Hyundai Elantra, is available with interest-free financing on terms up to seven years, something that can’t be said of the Honda Civic. Though rising, Ford Escape sales are not at the level they were in early 2011. And Dodge Grand Caravan volume is falling along with the sales figures for the Kia Rondo, Mazda 5, Nissan Quest, Toyota Sienna, and Volkswagen Routan.

Keep scrolling and you’ll locate some of the more momentous climbs. From January’s ranking of 144th, the Chevrolet Spark rose to 81st. BMW’s X3 climbed to the 67th spot from 83rd; the 1-Series from 139th to a ranking of 110. The Ford C-Max moved up just two spots, but that was just enough to outdo the 114th-ranked Toyota Prius V and 113th-ranked Toyota Prius, sales of which include the regular Liftback and Liftback-based Prius Plug-In. The Prius C ranks 128th. Combined, the four Prius variations would find themselves in 63rd, right in front of the Toyota Tundra. Together, as they are in the U.S., the Hyundai Genesis Coupe and sedan would rank 124th, right behind the Cadillac ATS.

Historical monthly and yearly sales figures for all these vehicles can be accessed by making a selection at GCBC’s Sales Stats page. Non-mobile users can use the dropdown menu near the top right of this page. Links to more specific monthly best seller lists are clickable at the bottom of this post.

Source: Manufacturers & ANDC
* Total Prius Volume, February/YTD: 449/878
** Total Genesis Volume, February/YTD: 148/259
Italicized unranked lines are nothing more than available breakdowns, already included in the model’s total, not in addition to the model’s total. Sales data for brands such as Ferrari (40) and Lamborghini (22) are unfortunately not broken down by model. Bracketed figures are YTD estimates. Total Maserati (up 19% to 19) and Bentley (up 300% to 20) volume is reported, but not by specific models.