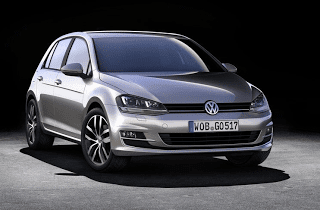 The Ford F-Series has built up a 25,656-unit lead over Chrysler Canada’s Ram pickup through the first two-thirds of 2013. Eight months in, the F-Series sells 45% more often than the Ram, Canada’s second-best-selling vehicle. South of the border, where the Chevrolet Silverado ranks second behind the F-Series, the Ford sells 52% more often than its nearest rival.

14% of the 581,501 F-Series trucks sold by Ford this year in the U.S. and Canada have exited Canadian showrooms. Compare that with the overall market, where only 10% of the 11.8 million new vehicles sold north of the Rio Grande this year have been sold in Canada.

The Mazda CX-5 marks another key upswing from last August’s rankings to the figures you see below. The CX-5 ranked 41st through eight months in 2012 but now sits in 22nd spot. That’s up from 25th at the end of July, as well. Nissan’s Versa moved up from 48th at the end of July to 40th at the end of August 2013 thanks to the arrival of the Note hatchback. During the same period, the Altima fell from 40th to 47th. Still fresh off a re-engineering, the Altima is down 28% this year. It’s America’s third-best-selling midsize car but the Altima ranks seventh in its class in Canada.

That’s certainly not the only difference between the Canadian and U.S. markets. The Subaru Outback is America’s 38th-best-selling vehicle overall, selling three times as often as the 100th-ranked Toyota Venza. In Canada, the Venza ranks 52nd, and it sells 1.6 times for every copy of the 81st-ranked Outback.

Canadians love their subcompacts. The Hyundai Accent, Kia Rio, Nissan Versa, Ford Fiesta, and Chevrolet Sonic rank 20th, 26th, 40th, 48th, and 50th, respectively, in year-to-date Canadian sales through the end of August 2013. In the U.S., the leading Versa ranks 37th and there’s not another subcompact in the top 50.

These are year-to-date rankings, but you can sort vehicles by August volume by clicking the August 2013 column header, or you can rank vehicles by improvements or declines using the % columns. Or, most importantly, you can list automakers together by selecting the Vehicle column header. Just remember, the list is horizontally flipped from the norm: YTD on the left, monthly data on the right.

Source: Manufacturers & ANDC
Red font indicates year-over-year declining sales
Italicized unranked lines are nothing more than available breakdowns, already included in the model’s total, not in addition to the model’s total. Sales data for brands such as Ferrari, Lamborghini are unfortunately not broken down by model. estimates say sales for those brands in August were 18 and 4, respectively, 142 and 30 YTD . Total Maserati and Bentley volume is reported, but not by specific models.
* Notes: Total Santa Fe volume is up 30% to 19,551 this year, up 75% to 3027 in August. Mini Cooper includes sales of the Hardtop, Convertible, Clubman, Coupe, Roadster, and Paceman. Total Prius Family sales are down 19% to 5761 this year, up 0.4% to 834 in August. Total Genesis sales are down 4% to 2167 this year, up 94% to 332 in August. Land Cruiser is a commercial vehicle. Infiniti sold its first 292 Q50s in August. Ram and Viper not labelled purely as Rams and SRTs so they can be displayed with like-branded Dodges when readers click Vehicle heading to sort by brand.