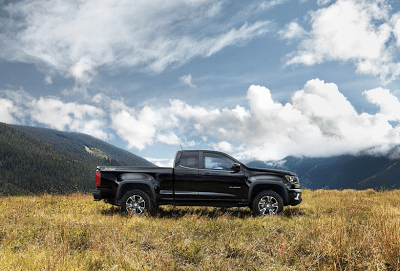 Need proof that truck sales in Canada are positively outstanding of late? Consider two examples from the top tier.

Second example: Chrysler Canada set a record for sales of their Ram truck in 2012 when 69,255 were sold in the third consecutive year of Ram truck sales growth. Chrysler Canada has already sold 74,402 Ram trucks through the first eleven months of 2013.

As a result of their improvement, and the increases achieved by the GM twins, the Toyota Tundra, and the Toyota Tacoma, the departure of numerous trucks that sold in decent numbers last year hasn’t slowed the overall truck market’s growth.

Sales of pickup trucks jumped 6% in November 2013 and are up 9% year-to-date. Sales of continuing full-size trucks – F-Series, Ram, Sierra, Silverado, Tundra, Titan – are up 12% in 2013 and they account for 94% of the overall truck market; 17% of the overall new vehicle market. Perhaps, perhaps full-size trucks won’t play as great a role next year when the new Chevrolet Colorado attempts to energize the small/midsize pickup category.

You can click any model name in the table below to find historical monthly and yearly Canadian sales data. You can also select a make and model at GCBC’s Sales Stats page. This table is now sortable, so you can rank pickup trucks any which way you like. November best seller lists for SUVs and cars will be published soon.