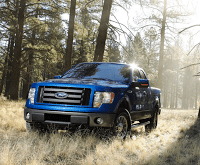 Like the McDonald’s french fry or Apple’s iPod, there are certain consumer items so pervasive we stop taking notice of their excellence. McDonald’s knows how to salt a fry, no? The iPod is universally accepted as wonderfully simply. And the Ford F-Series pickup trucks are ten times more capable than necessary for 90% of the population. In Canada, the Ford F150 and its clan sold over 80,000 units in 2009, a much-improved Sales Stat compared with the drop below 70K in 2008.
Canada’s 5 Best-Selling Trucks In 2010

In the United States, Ford’s home market, the F-Series was the best-selling truck nameplate in 2009 but actually fell below General Motors tag-team of the Chevrolet Silverado and GMC Sierra. Not so north of the border where Canadians favour Ford to such great lengths that the antiquated Ford Ranger sneaks in to the Top 5 Best-Selling Trucks of 2009 list, too. 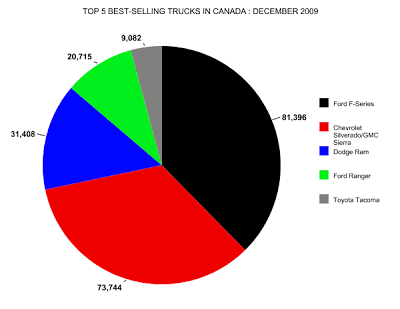