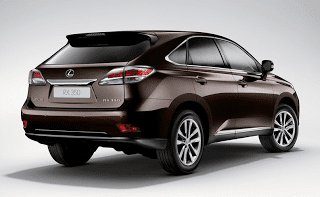 Canadian sales of SUVs and crossovers were up 6.6% through the first three quarters of 2013. The eleven most popular nameplates account for 52% of the 400,000 utility vehicles sold so far this year.

Only 18 of the top 50 and only eight of the top 25 best-selling SUVs and crossovers are selling less often this year than they did during the same period in 2012.

Aside from defunct nameplates like the Jeep Liberty, Hyundai Veracruz, and Acura ZDX, no SUV has posted a year-over-year decline worse than the drop reported by the Lincoln Navigator. Navigator sales are down 49% in Canada this year. BMW X1 volume is down 48%.

The Nissan Pathfinder’s 319% year-over-year increase is second to none. Nissan has sold 4094 more Pathfinders this year than last year.

Hyundai Canada has sold 3376 more regular-wheelbase Santa Fes this year than during the first nine months of 2012.

One new entry has been included in this September recap of Canadian SUV/CUV sales. Chrysler Canada sold its first 17 Jeep Cherokees last month. Will the Cherokee be a design-inspired future flop or were these 17 sales the first of many? The Liberty it’s replacing last topped 13,000 annual sales in Canada in 2005, but only 9655 have been sold since the beginning of 2009.

These are year-to-date rankings, but you can sort SUVs and crossovers by September volume by clicking the September 2013 column header, or you can rank SUVs by improvements or declines using the % columns. Or, most importantly, you can list automakers together by selecting the SUV column header. Just remember, the list is horizontally flipped from the norm: YTD on the left, monthly data on the right.

Source: Manufacturers & ANDC  Red font indicates year-over-year declining sales
* Notes: Total Santa Fe volume is up 34% to 22,512 this year, up 66% to 2961 in September. Land Cruiser is a commercial vehicle.