The Jeep Cherokee’s Jeep-leading 1285 November sales pushed the brand’s newest vehicle from the 85th position all the way up to 59th. With one real month of sales under its belt, the Cherokee has already generated greater Canadian volume than the Mazda CX-9 has all year, more than all but one of GM’s four full-size SUVs, more than the Nissan Xterra, too. 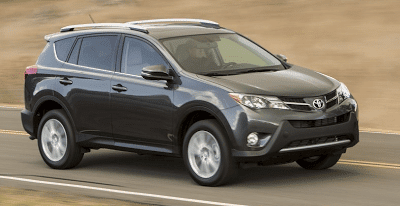 However, long-standing nameplates dominate the top of the SUV/CUV leaderboard. The top-selling Ford Escape leads the second-ranked Toyota RAV4 by 11,289 units through eleven months. Although sales of the Honda CR-V, Dodge Journey, Chevrolet Equinox, Jeep Wrangler, and Ford Edge have slid slightly in 2013, they were among Canada’s ten best-selling utility vehicles in 2012 (second, third, sixth, seventh, and eighth last year) and will be again in 2013. 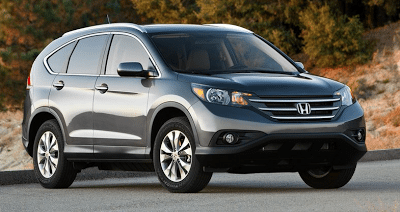 There were exciting improvements introduced in last month’s rankings of vehicle sales. Prior year figures now include the actual numbers from last year, not just the percentage increases/decreases from last year. As a result, we’ve also included vehicles like the Mitsubishi Endeavor and Kia Borrego, nameplates which collected sales in 2012 but not this year. At any time, click the Rank column to return to the original format. If you’re on a mobile device, you may need to choose the full version of the site (at the bottom of the page) in order to use the sortable function.

Reminder: these are year-to-date rankings, but you can sort SUVs by November volume by clicking the November 2013 column header, or you can rank SUVs and crossovers by improvements or declines using the % columns. Or, most importantly, you can list automakers together by selecting the SUV/Crossover column header. Just remember, the list is horizontally flipped from the norm: YTD on the left, monthly data on the right.

Source: Automakers & ANDC
Red font indicates year-over-year declining sales
* Italicized unranked lines are nothing more than available breakdowns, already included in the model’s total, not in addition to the model’s total.
³ Total Santa Fe sales: up 10.5% to 2645 in November; up 28% to 27,414 YTD.
º Land Cruiser is a commercial vehicle in Canada.
RECOMMENDED READING