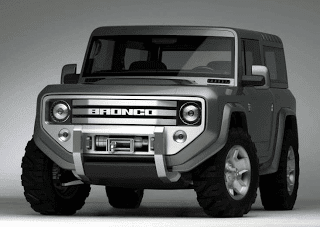 The 105,042 SUVs and crossovers sold in Canada in the first three months of 2013 accounted for 30% of the Canadian automobile market.

There were more than 85 different utility vehicle nameplates sold by Canadian automobile dealerships between January and March. Compare that with just seven minivans and three mini-minivans.

While the most popular minivan in Canada, the Dodge Grand Caravan, sells more often than all these SUVs, the minivan market as a whole only accounts for 5.3% of the Canadian auto market.

So if Canadians with kids now prefer small and midsize crossovers, when will the image associated with minivans become the associated with these crossovers? Maybe soon. After all, a Dodge Journey isn’t a Jeep Wrangler. And a Ford Escape isn’t a Bronco.

Earlier this month GoodCarBadCar compiled complete sales figures for all pickup trucks, every minivan, and all commercial vans. A list just like this one was done earlier today for passenger cars. The All Vehicle Rankings post, in which every model for which sales data is known is ranked, features 247 vehicles.

Those full rankings included the following paragraphs: “GoodCarBadCar never ceases to remind its readers that they can always access historical monthly and yearly sales figures for any vehicle by selecting a make and/or model at the Sales Stats page. The Best Sellers page finds you many more lists just like this one, although most are shorter.

And please don’t forget that this table is completely sortable. This means by clicking the SUVs & Crossovers button in the table heading you can rank vehicles alphabetically. Or if you just want to see how vehicles fared in March, click the March 2013 header. These are year-to-date rankings, so you’ll continue to see their quarterly finishing order at the far left no matter how you choose to sort the list.

Source: Manufacturers & ANDC
Red font indicates year-over-year declining sales
Italicized unranked lines are nothing more than available breakdowns, already included in the model’s total, not in addition to the model’s total. Sales data for brands such as Ferrari and Lamborghini are unfortunately not broken down by model. estimates say sales for those brands in the first quarter of 2013 were 60 and 42, respectively. Total Maserati and Bentley volume is reported, but not by specific models.
* Hyundai Canada separates the Santa Fe Sport from the Santa Fe XL, of which the company sold its first 88 copies in March. Combined, Santa Fe sales equal 2341 (up 25.7%) in March and 5799 (up 20.6%) year-to-date.
^ Escalade here does not include the Escalade EXT, which is shown with pickup trucks.
** Mini’s Canadian sales data doesn’t separate the different Cooper versions, which now includes the Paceman. Only the Countryman is listed here.