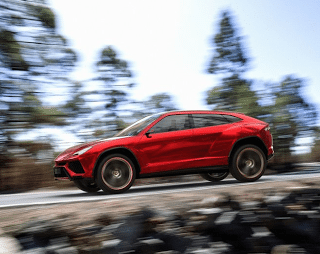 155,819 SUVs and crossovers were sold in Canada in the first four months of 2013. Canada’s five most popular SUV nameplates account for 32% of 2013’s utility vehicle volume.

No new SUV nameplate began its Canadian life in April, but this list grew by one model as the sales data for the Mercedes-Benz GL-Class and G-Class has finally been separated. The GL is Canada’s 45th-best-selling SUV; the G-Wagen ranks 82nd.

The latter SUV has the highest base price of any SUV or crossover on sale in Canada. Maybe the Lamborghini Urus will change that in a few years; the Bentley EXP 9 F, too.

GCBC previously issued rankings for every new vehicle on sale in Canada. These SUV/CUV rankings include 35% of the nameplates on sale in Canada and 30% of the industry’s output. Minivans are responsible for 5% of the market’s volume. Pickup trucks bring in another 19% of Canadian sales.

These are year-to-date rankings, but you can sort vehicles by April volume by clicking the April 2013 column header, or you can rank SUVs by improvements or declines using the % columns. Or, most importantly, you can list automakers together by selecting the SUV column header. Just remember, the list is horizontally flipped from the norm: YTD on the left, monthly data on the right.

Source: Manufacturers & ANDC
Red font indicates year-over-year declining sales
Italicized unranked lines are nothing more than available breakdowns, already included in the model’s total, not in addition to the model’s total. Sales data for brands such as Aston Martin, Ferrari, Lamborghini, Lotus, Maybach, Rolls-Royce, Tesla etc. are unfortunately not available or are not broken down by model. estimates say sales for Ferrari and Lamborghini were 18/70 (April/YTD) and 4/14 (April/YTD) respectively. Total Maserati and Bentley volume is reported, but not by specific models.
* Hyundai Canada kindly separates sales of the Santa Fe Sport from the Santa Fe XL. Combined, Santa Fe sales equal 2636 in April (up 26.2%) and 8435 year-to-date, up 22.3%.