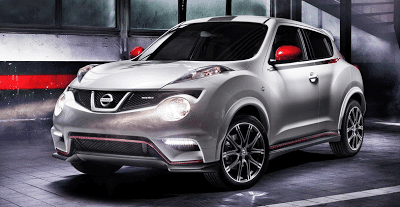 Back at General Motors, Canadians acquired 3141 Equinoxes and Terrains in May 2012. That combo wouldn’t be enough to unseat the Ford Escape from its perch atop the standings, but it would make GM’s smallest crossover(s) the second-best-selling utility vehicle(s) in Canada.

Excluding the Terrain, Detroit’s three leading small utility vehicle contenders – the Equinox, Escape, and Dodge Journey – accounted for 5.1% of all new vehicle sales in Canada in May.

Those three Detroit utilities? One is made in Canada; one in Mexico. The 2013 Ford Escape is assembled in Louisville, Kentucky.

Hyundai and Kia combined to sell 5459 SUVs/CUVs in Canada in May 2012. Sales of the outgoing Santa Fe, soon-to-be-tinkered-with Sorento, and not-very-pretty Tucson were off last May’s pace by some margin. The Kia Sportage, however, posted a year-over-year increase of 20.7%. That’s nothing compared to the 42.8% rise reported by the Honda CR-V, a figure that’s equal to 838 extra sales. On percentage terms, nothing compares to the Nissan Juke’s 223% jump. In May 2011, dealer inventory for the Oppama, Japan-built Juke was dreadfully low and sales had fallen 42.1% from the prior month. Even as Juke sales rose in May and Mitsubishi RVR sales fell, the Mitsubishi came out on top when ranked by total volume.

After the jump you’ll also find sales figures for seven very large sport-utility vehicles, the most popular of which (individually) is Ford’s Expedition. Historical monthly and yearly sales figures for any vehicle currently on sale in North America can be accessed through the dropdown menu at the top right of this page or at GCBC’s Sales Stats home.