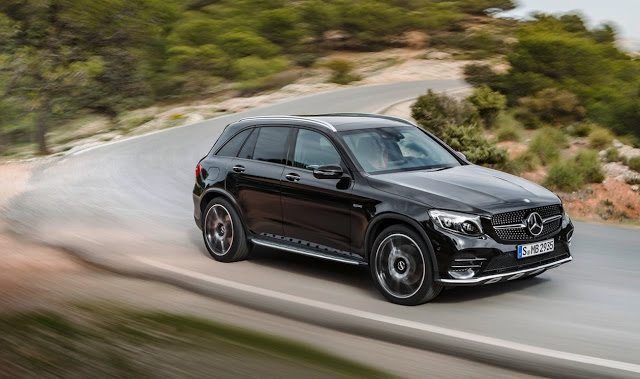 Canadian sales of SUVs and crossovers are up 10% through the first one-sixth of 2017, a year-over-year improvement of 9000 sales that drove utility vehicle market share up to 42%.
In the first one-sixth of 2016, SUVs and crossovers owned 39% of the market. That big uptick has occurred because pickup truck sales growth has stalled, passenger car volume has fallen 4%, and minivan sales are down 3%. And because the most popular SUVs/crossovers, the nine vehicles that produce four out of every ten utility vehicle sales, have added nearly 5300 sales to the ledger already this year.
Canada SUV/Crossover Sales By Model – March 2017 YTD
Canada SUV/Crossover Sales By Model – January 2017 YTD
Canada SUV/Crossover Sales By Model – February 2016 YTD
The top-selling Honda CR-V, newly launched for 2017 at the tail end of 2016, is up 28% this year. The third-ranked Nissan Rogue, refreshed for 2017, jumped 36% in January and February. The sixth-ranked Mazda CX-5, with a new 2017 model soon to arrive at dealers, is up 22% in early 2017.
A large number of low-volume SUVs are growing even faster relative to their prior year performances. The Lexus LX570, Fiat 500X, and Buick Encore have all more than doubled their volume compared with early 2016.
Cadillac Escalade ESV, Mazda CX-9, and Porsche Macan sales are up more than 90%.
The Kia Sportage and Mercedes-Benz GLC are both up by more than 80%.
The Dodge Durango, Ford Expedition, Nissan Armada, Ford Flex, and Honda HR-V have all jumped by more than 50%.
The Ford Explorer, Chevrolet Traverse, and Volvo XC90 are all up by at least 43%.
Canada Vehicle Sales Rankings By Model – February 2017 YTD
Canada Car Sales By Model – February 2017 YTD
Canada Pickup Truck Sales By Model – February 2017 YTD
Canada Minivan Sales By Model – February 2017 YTD
Reminder: these are 2017 year-to-date rankings, but you can sort vehicles by February 2017 volume by clicking the February 2017 column header, or you can rank vehicles by improvements or declines using the % columns.
Or, most importantly, you can list automakers together by selecting the SUV/Crossover column header. At any time, click the Rank column to return to the original format. If you’re on a mobile device, you may need to choose the full version of the site (at the bottom of the page) in order to use the sortable function.
As always, you can find historical monthly and yearly sales figures for any of these vehicles by selecting a make and model at GCBC’s Sales Stats page. Mobile users can now thumb across the table for full-width access.
Click Column Headers To Sort • March 2017 • January 2017 • February 2016
Source: Automakers & Global Automakers Of Canada & ANDC
* Italicized unranked lines are nothing more than available breakdowns, already included in the model’s total, not in addition to the model’s total.
º Land Cruiser is a commercial vehicle in Canada.
Sales data for brands such as Ferrari, Lamborghini, and Rolls-Royce are unfortunately not broken down by model. estimates say sales for those brands in 2017’s first two months were 40, 36, and 16 units, respectively. It is believed that Tesla sold 114 new vehicles during the first month of 2017.