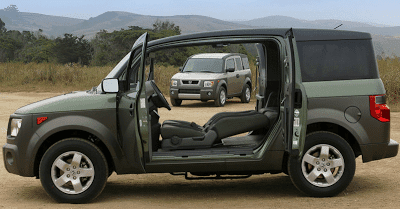 The Honda Element experiment is over. A single Element was sold in Canada in January and another in February 2012. During the same period, Honda Canada dealers were not troubled. 4766 CR-Vs were sold in January and February. In fact, Honda CR-V sales rose 14% in February. Through two months, CR-V sales are up 43% compared with the first two months of 2011. The Honda CR-V was the best-selling utility vehicle in Canada last month.

There were certainly greater gains made than the CR-V’s, however, although the CR-V is most notable for being tops in volume. Jeep Wrangler sales more than doubled. Nissan Rogue sales jumped 55% (even as Juke sales tumbled 28%). The GMC Terrain and Chevrolet Equinox were up 54% and 35%, respectively. The CR-V and Escape both managed to out-sell the GM twins, but only barely in the Escape’s case.

On the flip side, the aforementioned Juke, Mini Countryman, Ford Escape, Dodge Journey, and Mitsubishi RVR all faced significant drops from February 2011 sales levels. After the jump you’ll find detailed sales figures for all these models as well as larger SUVs and the full-tilt jumbo SUV class. You’ll notice remarkable parity between the Dodge Durango, Buick Enclave, and Chevrolet Traverse and a unique victory for the Toyota Sequoia. Monthly and yearly sales figures for any vehicle currently on sale in North America can always be accessed at GoodCarBadCar’s Sales Stats home. 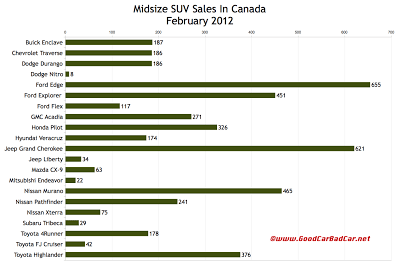 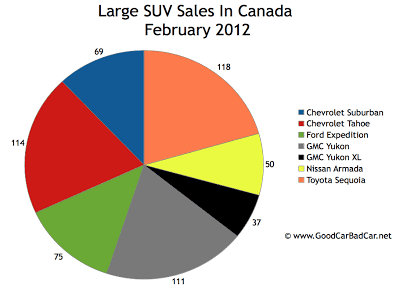