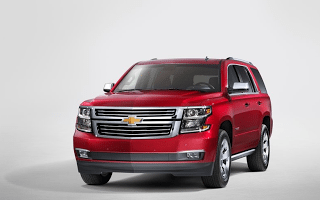 29.6% of the Canadian automobile industry’s year-to-date volume through the end of August 2013 has been generated by SUVs and crossovers. That’s up from from 28.7% at this time last year.

Naturally, those figures are subject to change depending on what you call an SUV and what you label as a car. Undoubtedly, the Mazda MX-5 Miata is a car and the Jeep Wrangler is an SUV. That which lies between those two is debatable.

Three of Canada’s top 21 are General Motors products. Dodge and Jeep combined to land four utilities in the top 18. Four of the top 25 are Hyundais or Kias. Toyota (including Lexus) owns the third, 20th, and 21st positions.

These are year-to-date rankings, but you can sort SUVs and crossovers by August volume by clicking the August 2013 column header, or you can rank SUVs by improvements or declines using the % columns. Or, most importantly, you can list automakers together by selecting the SUV column header. Just remember, the list is horizontally flipped from the norm: YTD on the left, monthly data on the right.

Source: Automakers & ANDC
Red font indicates year-over-year declining sales
Italicized unranked lines are nothing more than available breakdowns, already included in the model’s total, not in addition to the model’s total. Sales data for brands such as Ferrari, Lamborghini are unfortunately not broken down by model. estimates say sales for those brands in August were 18 and 4, respectively, 142 and 30 YTD . Total Maserati and Bentley volume is reported, but not by specific models.
* Notes: Total Santa Fe volume is up 30% to 19,551 this year, up 75% to 3027 in August. Land Cruiser is a commercial vehicle.