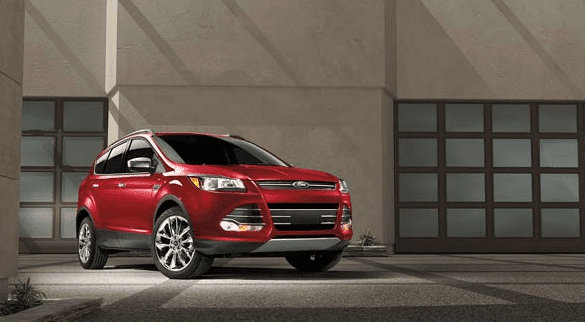 Canadian sales of the Ford Explorer are surging, but its little brother, the Escape, continues to decline.

The Escape is, of course, Canada’s best-selling SUV/crossover month in and month out. But Escape volume has declined, on a year-over-year basis, in each of the last four months and in seven of the last eight months. Year-to-date, Escape sales in Canada are 3773 units lower than they were at this stage in 2014.

The Escape will end 2015 as Canada’s top-selling small utility vehicle and the country’s best-selling SUV/crossover overall. With four months remaining on the calendar, the Escape is 4647 sales ahead of the second-ranked Toyota RAV4.

For the RAV4 to unseat the perennial leader, the Toyota would need to outsell the Escape by 1162 sales in each of the last four months. In August, the RAV4 trailed the Escape by 1052 sales.

In the overall SUV/crossover scheme, the Escape’s market share has fallen from 9% in 2014 to 7% in 2015. The cause of the decline? Not only are many of the Escape’s direct rivals selling far more often this year than last – Cherokee, Rogue, and RAV4 are collectively up 27%, or 15,001 units – but all-new crossovers are attracting clientele, as well. Subcompact SUV sales in August, for example, were up 89% as four nameplates which weren’t on sale at this time last year generated 3013 Canadian sales.