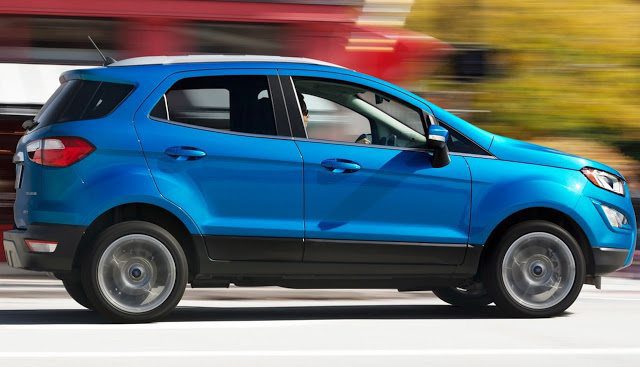 Canadians are progressively registering fewer and fewer vehicles, with auto sales having fallen in each of the last four months after surging to a record pace through the first-half of 2016.
But Canadian sales of SUVs and crossovers continues to grow, irrespective of the increasing distaste for passenger cars. In October, Canadian SUV/crossover volume rose 2% as the overall industry slid 5%.
Canada Vehicle Sales Rankings By Model – October 2016 YTD
Canada Car Sales Rankings By Model – October 2016 YTD
The Honda CR-V, which led all utility vehicles with 4404 sales in October 2016, jumped 21%. That makes October 2016 the seventh consecutive October improvement for Honda Canada’s most popular utility.
But the CR-V remains 4128 sales behind the leading Toyota RAV4, which is expected to take over from the Ford Escape as Canada’s best-selling SUV/crossover for the first time in 2016.
Canada SUV/Crossover Sales By Model – November 2016 YTD
Canada SUV/Crossover Sales By Model – September 2016 YTD
Canada SUV/Crossover Sales By Model – October 2015 YTD
We know the Ford F-Series will end 2016 as Canada’s best-selling pickup and best-selling vehicle line overall. We know the Dodge Grand Caravan will end 2016 as Canada’s best-selling minivan. We know the Honda Civic has secured a 19th consecutive victory as Canada’s best-selling car. The RAV4’s victory is the only one in doubt, but it became less likely with October’s results. The RAV4 outsold the Ford Escape by 230 units last month and now leads by 3383 units with two months remaining.

In October and November of last year, the Escape outsold the RAV4 by only 632 units.

‘;
document.getElementById(“vinads_div”).innerHTML = lfAd;
}
});
Reminder: these are 2016 year-to-date rankings, but you can sort vehicles by October 2016 volume by clicking the October 2016 column header, or you can rank vehicles by improvements or declines using the % columns.

Or, most importantly, you can list automakers together by selecting the SUV/Crossover column header. At any time, click the Rank column to return to the original format. If you’re on a mobile device, you may need to choose the full version of the site (at the bottom of the page) in order to use the sortable function.
Canada Pickup Truck Sales By Model – October 2016 YTD
Canada Minivan Sales By Model – October 2016 YTD
As always, you can find historical monthly and yearly sales figures for any of these vehicles by selecting a make and model at GCBC’s Sales Stats page. Mobile users can now thumb across the table for full-width access.
Click Column Headers To Sort • November 2016 • September 2016 • October 2015
Source: Automakers & Global Automakers Of Canada & ANDC
* Italicized unranked lines are nothing more than available breakdowns, already included in the model’s total, not in addition to the model’s total.