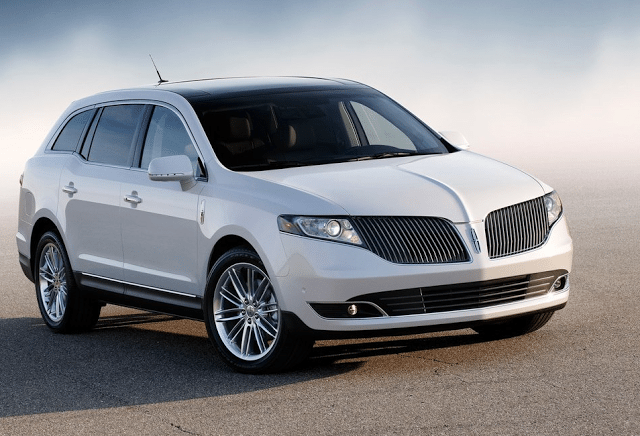 Only one continuing SUV/crossover nameplate is selling less often in Canada than the Fiat 500X: the Lincoln MKT.
Oft-derided for its ghastly front-end styling and obvious Ford underpinnings – appropriate in a Flex, overpriced as a Lincoln – the MKT produced only 21 Canadian sales in the first two months of 2016.

The Fiat 500X, on the other hand, a charming but flawed subcompact utility we reviewed last month, is more than twice as popular as the Lincoln. Which means nothing. Both are roundly rejected by Canadian consumers.
For every 500X sold in Canada so far this year, Honda Canada has reported 26 HR-V sales. Even rather rare subcompact crossovers such as the Mini Countryman are twice as commonly purchased/leased as the 500X.

So the 500X is failing, but is the market in which it competes? Of course not. Canadians are now buying more utility vehicles each month than they are traditional passenger cars. 18% more, through 2016’s first two months.

But the 15 most popular nameplates – RAV4 through Murano – bring in 53% of those sales. 39% of the new vehicles sold in Canada in 2015’s first two months were SUVs and crossovers, up from 35% in 2015’s first two months. Year-over-year, Canadian SUV/crossover sales increased by 16,090 units over the course of January and February. The industry as a whole was up by fewer than 20,000 units during the same period.

Reminder: these are 2016 year-to-date rankings, but you can sort vehicles by February 2016 volume by clicking the February 2016 column header, or you can rank vehicles by improvements or declines using the % columns.

Source: Automakers & Global Automakers Of Canada & ANDC
* Italicized unranked lines are nothing more than available breakdowns, already included in the model’s total, not in addition to the model’s total.
³ Total Santa Fe sales:  down 11.7% to 1773 in February; up 0.1% to 3609 YTD.
¤ Automakers release sales figures for the M-Class and GLE together and the GLK and GLC together.
º Land Cruiser is a commercial vehicle in Canada.