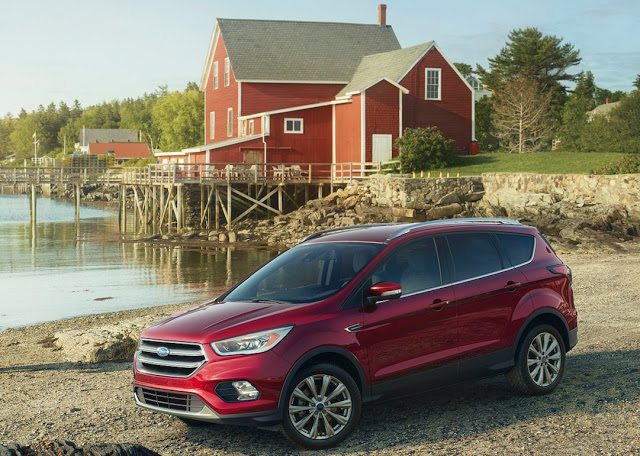 Canadian auto sales slid 2% in August 2016 after falling by more than 2% in July, but sales of SUVs and crossovers continue to rise.
Claiming more than 40% of the market in August and outselling cars by nearly 11,000 units, SUV/crossover volume rose 3% last month while minivans, commercial vans, and passenger cars declined.

Leading the way were huge gains from the sector leaders. The four top-selling utility vehicles in Canada combined for 3245 additional sales in August. The Ford Escape’s 14% surge pushed the perennial leader beyond 5000 sales for the first time since May of last year.
With four months remaining in 2016, the Escape’s status as Canada’s top-selling utility vehicle is in danger. In order to outsell the current number one, Toyota’s RAV4, on a calendar year basis, the Escape would need to outsell the RAV4 by an average of 821 sales in September, October, November and December.

Partly to credit for the RAV4’s success, as Toyota tracks toward a record-breaking year for the automaker’s best-selling model, are sales of the RAV4 Hybrid. Competition is sorely lacking. There’s no hybrid Honda CR-V, the Ford Escape Hybrid has long since departed. Nissan has announced a Rogue Hybrid, but it won’t be available for a few months yet.

But through the first two-thirds of 2016, Toyota Canada has sold 4023 RAV4 Hybrids. The RAV4 Hybrid alone outsells the Mitsubishi Outlander.

Reminder: these are 2016 year-to-date rankings, but you can sort vehicles by August 2016 volume by clicking the August 2016 column header, or you can rank vehicles by improvements or declines using the % columns.

Source: Automakers & Global Automakers Of Canada & ANDC
* Italicized unranked lines are nothing more than available breakdowns, already included in the model’s total, not in addition to the model’s total.
³ Total Santa Fe sales: up 42% to 2954 in August; up 1% to 22,853 YTD.
¤ Automakers release sales figures for the M-Class and GLE together, GLK and GLC together.
º Land Cruiser is a commercial vehicle in Canada.
Sales data for brands such as Ferrari, Lamborghini, and Rolls-Royce are unfortunately not broken down by model. estimates say sales for those brands in 2016’s first eight months were 144, 115, and 56 units, respectively. It is believed that Tesla sold 1180 new vehicles during the first seven months of 2016.