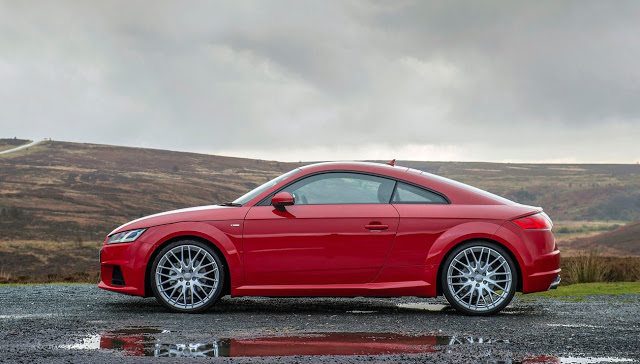 Ford Canada ended the first-quarter of 2016 with 1172 Mustang sales, a 10% year-over-year increase which suggests Ford could see Canadian Mustang sales rise to a nine-year high in 2016. In March as in Q1, Ford’s Mustang tally was greater than the combined effort of the Chevrolet Camaro and Dodge Challenger combined.

With 136 sales through the first three months of 2016, Audi Canada is on track for its TT to rise to the highest output since 2008. In March, the TT’s 71-unit sales total was greater than the Alfa Romeo 4C, BMW Z4, and Mercedes-Benz SLK combined.

After sales of the Chevrolet Corvette shot up to 1715 units in 2015, GM Canada’s first-quarter performance in 2016 puts the Corvette on pace for more than 2500 sales in 2016. Matching the growth rate from the first-quarter in higher-volume portions of the year will be a challenge, however.

It appears highly likely that Mazda Canada will sell more than 1000 MX-5 Miatas in 2016, a figure the MX-5 hasn’t broached since 2008. Nissan is on track for its best-ever year of GT-R sales, while 370Z volume could rise to the highest level since the Z’s return early last decade.