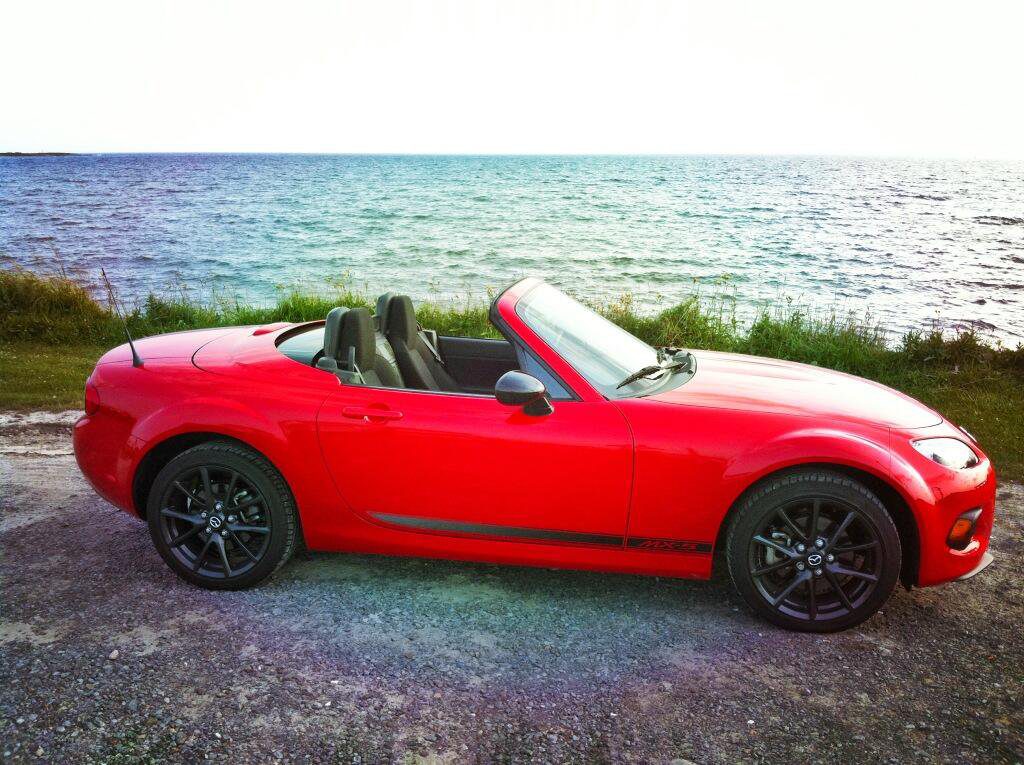 In Canada, the Ford Mustang sells more than twice as often as the Chevrolet Camaro. Sales of both the Mustang and Camaro are down this year.

July and year-to-date sales of the Dodge Challenger are up, but the Challenger doesn’t sell nearly as often as the Chevy or the Ford.

Perspective: Subaru is currently selling more BRZs than Mazda is MX-5s, and the BRZ is the lower seller of the two Toyobarus.

The Jaguar F-Type outsold the Audi TT, BMW Z4, Mercedes-Benz SLK, Porsche Boxster, and Porsche Cayman in July. The margins were slim. And it’s worth noting that the Jaguar is new in every way and isn’t yet susceptible to the downturn associated with being a sports car that isn’t, well, new.

You can click any model name in the tables below to find historical monthly and yearly Canadian sales data. You can also select a make and model at GCBC’s Sales Stats page. These tables are now sortable, so you can rank sports cars, muscle cars, convertibles, coupes, and roadsters any which way you like. Suggestions on how GCBC should break down segments can be passed on through the Contact page.

* indicates a vehicle which is also shown in another GCBC segment breakdown
^ 500 breakdown by variant. Mini sales include everything except the Countryman.
GCBC isn’t here to break down segments, an impossible task for any group, but to display sales data for the sake of comparison. The more ways sales data can be displayed, the better, right? This explains why you’ll see the 6-Series listed here and with large luxury sedans and the Audi A5 here and with luxury cars, because readers have wanted it both ways. You can always find the sales results for EVERY vehicle and form your own competitive sets by using the All Vehicle Rankings posts.
Clearly GoodCarBadCar is not suggesting that the cars in the two tables above are all direct competitors. Establishing categories among cars as unique as even the Audi TT and Porsche Boxster has never pleased a single reader, so cars have been lumped together so you can simply see how buyers looking for sports cars, roadsters, hot hatches, convertibles, GTs, and wanna-be sports cars spend their money. Greater categorization of cars would only lead to problems that automakers create by not isolating model-specific sales figures: we don’t know how many M3s BMW has sold or how many Civics are Si models, for example. The numbers we do have are listed above. GoodCarBadCar is always open to hearing about the ways you would break down segments, so feel free to get in touch.