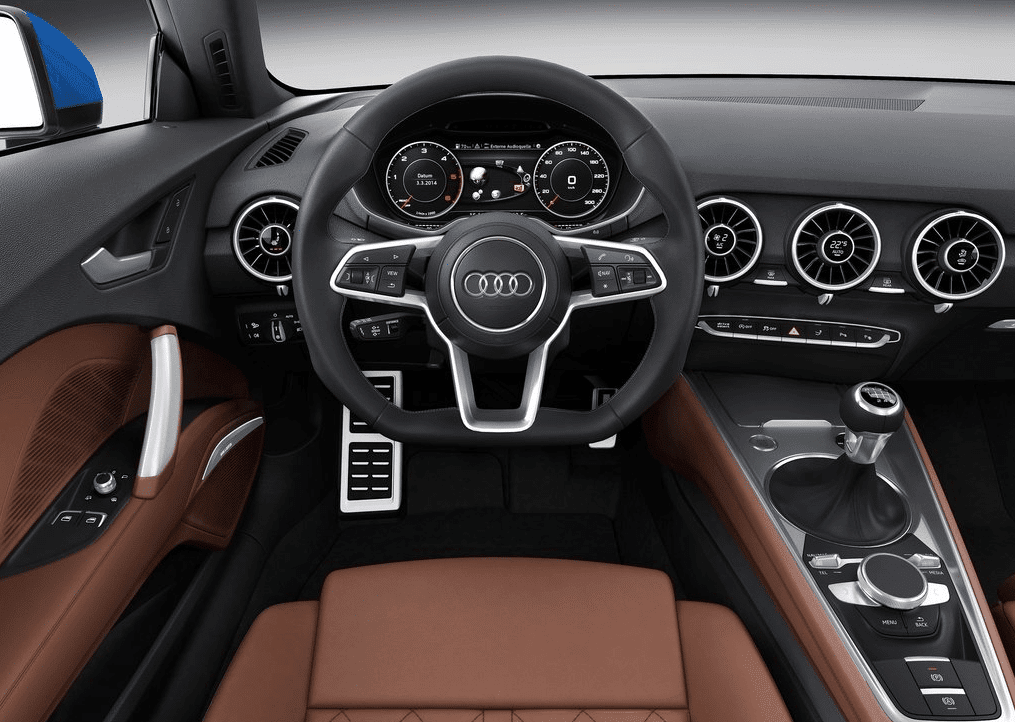 Of course the Corvette’s newer. It’s faster. It’s better. But it’s also far more expensive, with a base price 85% in excess of the Camaro’s. South of the border, where the market for both these cars is a great deal larger, Chevrolet has sold 2.3 Camaros per Corvette through the first two months of 2013. Canadians, who haven’t had a great deal of love for the Canadian-built Camaro since the nameplate returned in 2009, love the Camaro on a progressively sliding scale. Sales fell 47% from 2010 to 2013 and are down 18% year-to-date.

With 92 sales in the middle of winter, the Corvette outsold affordable performance cars like Hyundai Genesis Coupe, Subaru BRZ, and Scion FR-S, sold more than twice as often as the Mazda MX-5 Miata, Dodge Challenger, Infiniti Q60, and sold more than three times as often as the Porsche 911, Jaguar F-Type, Mercedes-Benz SLK, and Audi TT.

The TT is set to be replaced in the coming months by a car that, not surprisingly, looks a lot like a TT. The interior, pictured above, is where the new car will move the yardsticks forward, particularly in the gauge cluster.

You can click any model name in the tables below to find historical monthly and yearly Canadian auto sales data. You can also select a make and model at GCBC’s Sales Stats page. These tables are now sortable, so you can rank sports cars, roadsters, muscle cars, and hot hatches any which way you like. Suggestions on how GCBC should break down segments can be passed on through the Contact page.