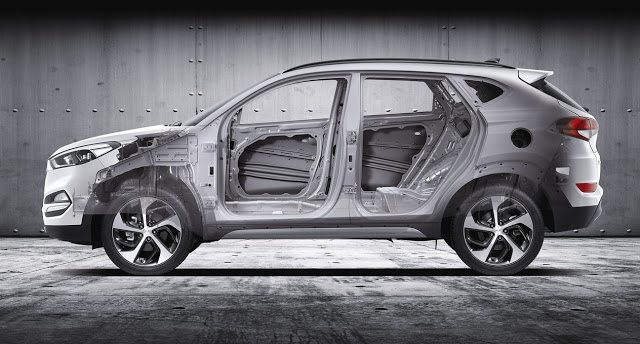 Canadian sales of nearly every small SUV/crossover increased in June 2016, driving not only the small SUV categories but the whole Canadian auto industry to a best-ever June result.

Among mainstream auto brands, compact and subcompact crossover volume increased by 6178 units in June, year-over-year, as the overall industry grew by roughly 13,000 sales.

The most significant improvement belonged to the Hyundai Tucson, sales of which more than quadrupled to 4044 units, third in the segment behind the Toyota RAV4 and Nissan Rogue – both of which reported meaningful gains, as well – and ahead of the Honda CR-V and Ford Escape, two of three vehicles in their class to decline.

The decreases reported by a quartet of subcompact crossovers – CX-3, Countryman, RVR, Juke – resulted in only 200 lost sales, a drop more than made up for by big increases from GM’s subcompact duo, FCA’s subcompact duo, the class-leading Honda HR-V, and the Subaru Crosstrek.

Canadian SUV/crossover volume grew 16% in June. The SUVs/crossovers listed in this post accounted for 58% of the 76,000 utility vehicles sold last month.