Is the Honda Element a run-out model? Incredibly likeable and practical – and probably more fun to drive than the Honda CR-V – the Honda Element has never been able to attract customers the way Honda expected. Now, in its later years, the Honda Element is selling at an abysmal rate in Canada (just 23 sold in February) while consumers in America, a country with ten times the population, picked up fewer than 1,000 Elements last month.
With the Honda CR-V as the best-selling SUV in America, the Element may be deemed unnecessary for reintroduction in North America. That said, the Honda CR-V is not the best-selling SUV in Canada; not even the best-selling small SUV. And yes, we do use the term “SUV” lightly. Separate the Mazda Tribute from the Ford Escape and the aging Escape still managed 2,786 sales in Canada in February of 2010, a substantial increase over the 2,162 Ford Escapes sold in Canada in February of 2009. 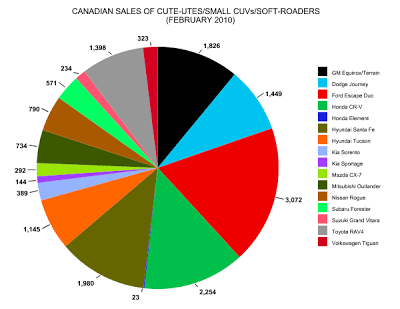