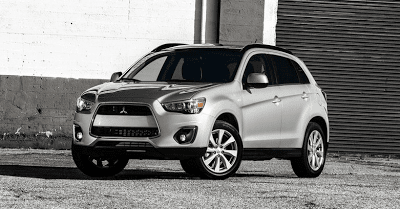 Sales dipped 4.5% in November, but the Escape’s lead over the Honda CR-V was 802-units strong by the end of the month. Year-to-date, the second-ranked Toyota RAV4 is more than 11,000 sales back of the Escape.

It’s the dominant leader, but most small SUV/crossover buyers don’t choose the Escape. In November, specifically, Canadians registered 3662 Escapes but more than twice that many CR-Vs, RAV4s, and Hyundai Santa Fe Sports.

That’s not to say that Ford shouldn’t take any joy from the Escape’s ability to consistently lead its class, only that observers shouldn’t assume that the Escape is the obvious choice for every small SUV buyer in Canada.

One thing is for sure, the Escape’s 4.5% year-over-year decline was not the worst in the segment. Dodge Journey and GMC Terrain sales fell 18.5% and 18.1%, respectively. Small Jeeps – Compass and Patriot – fell 30% and 37%. The Mitsubishi Outlander’s 31% drop came despite the introduction of a new model; perhaps we should blame the RVR’s 68% increase.

The RVR was more than twice as popular as the Outlander in November. With 815 sales, the RVR also outsold the surging Volkswagen Tiguan, the improving Kia Sportage, and the Subaru XV Crosstrek, Chevrolet Trax, Buick Encore, Nissan Juke, the two aforementioned Jeeps, and the Mini Countryman.

Speaking of Jeeps, the 1285 Cherokee sales were enough to make it Chrysler Canada’s most popular Jeep in November 2013.

Source: Automakers & ANDC
* indicates a vehicle which is also shown in another GCBC segment breakdown
^ not including 326 Santa Fe XL sales (2928 YTD) which are shown exclusively in the midsize SUV sales post.
GCBC isn’t here to break down segments, an impossible task for any group, but to display sales data for the sake of comparison. The more ways sales data can be displayed, the better, right? This explains why you’ll see the Santa Fe and Sorento listed with midsize SUVs – they’re stuck in between in terms of size – as well as vehicles like the Wrangler and Xterra listed both here and there. The Buick Encore and Subaru XV Crosstrek and their gang are also listed with mainstream cars, because they’re sitting on a fence between SUVs and traditional passenger cars. You can always find the sales results for EVERY vehicle and form your own competitive sets by using the All Vehicle Rankings posts.