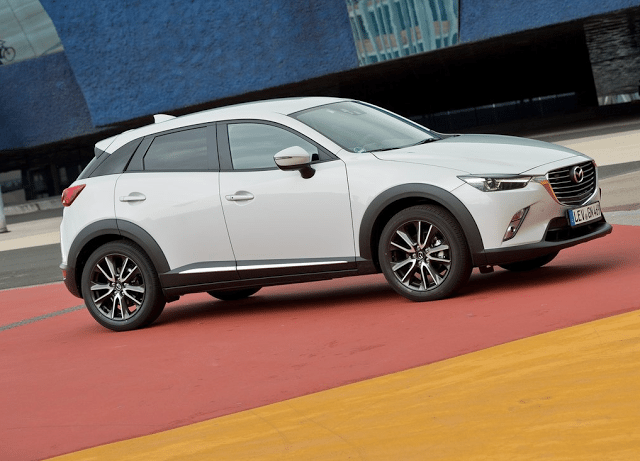 We aren’t scheduled to see Honda HR-V figures until early August, but Mazda began selling the CX-3 in Canada in May 2015.

717 copies of the CX-3 were sold in May, a startlingly healthy figure given the fact that some of its established rivals have never topped that mark; an even more surprising figure when one realizes that this was simply an abbreviated launch month. What’ll happen when the CX-3 is readily available?

But that’s not to say this burgeoning breed of subcompact crossovers won’t be a ticket to profitability for many automakers, a story we covered on Autofocus earlier this month.

Take one subcompact car, add some SUV styling cues, make all-wheel-drive a $2000 option, take advantage of CAFE rules on light truck fuel economy, and charge a hefty premium. No wonder automakers are joining the fray with regularity. The Fiat 500X arrived at the end of May; Jeep’s Renegade is brand new; the HR-V is forthcoming.

But again, we’ll continue to see the true volume created by the vehicles competing one size up. Ford sold 5403 copies of the Escape in Canada in May 2015, more than the Encore, Trax, 500X, Renegade, CX-3, Countryman, RVR, Juke, and XV Crosstrek combined. The Toyota RAV4 pulled off the same trick. Curious then, isn’t it, that Ford and Toyota aren’t playing in the subcompact CUV category, init? At least not in North America.

Source: Automakers & Global Automakers Of Canada
* vehicle also displayed in another GCBC segment breakdown
GCBC isn’t here to break down segments, an impossible task for any group, but to display sales data for the sake of comparison. The more ways sales data can be displayed, the better. This explains why you’ll see the Encore and XV Crosstrek are listed with small cars, too, and the tweener-sized Sorento and Santa Fe are shown with midsize SUVs and small SUVs, and the pricey FJ Cruiser and Xterra with midsizers, as well… because readers have wanted it both ways. You can always find the sales results for EVERY vehicle and form your own competitive sets by using the All Vehicle Rankings posts. GCBC has historically shown the Liberty with midsize SUVs but as the Cherokee – truly not midsize inside – replaces the Liberty, proper year-over-year comparison requires seeing the Liberty listed here with these smaller utility vehicles.