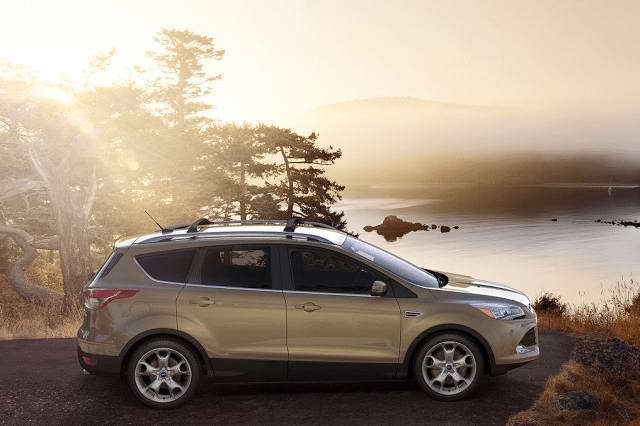 Canadians nearly made the Nissan Rogue their favourite small SUV/crossover, and thus their favourite utility vehicle overall, in July 2015. The perennial best seller, Ford’s Escape, finished July only two units ahead of Nissan’s most popular model.

During a month in which Canadian sales of SUVs and crossovers jumped 15%, the core group of Escape-class utility vehicles were up just 5% to nearly 30,000 units. That’s well ahead of the rate of growth posted by the overall industry – 0.5% – but well back of the expansion achieved among small premium brand SUVs, which jumped 21% last month.

In other words, while the subcompact crossover category likely steals a measure of sales away from traditional small SUVs and crossovers, the main achievement of this burgeoning category is displayed in its ability to grow the SUV/CUV market as a whole.

Now, for some housekeeping. If you feel the small SUV/crossover table below is shorter than before, well, that’s because it is. The Kia Sorento is bigger than it used to be. The Hyundai Santa Fe treads middle ground between these small utilities and vehicles like the Ford Edge. Whereas before we showed the Sorento and Santa Fe both with these small utilities – with which the Sorento and Santa Fe lineups still compete, based on price – and midsize utilities, we’re reserving them exclusively for the midsize category from now on. These decisions aren’t purely based on size nor are they purely based on price. We also take into account conversations with experts, buyers, and sales personnel. As always, if you don’t appreciate their absence in this category or don’t approve of their inclusion in the other, you can always see all vehicles ranked together in one place and compile your own list.

Source: Automakers & Global Automakers Of Canada
* vehicle also displayed in another GCBC segment breakdown
GCBC isn’t here to break down segments, an impossible task for any group, but to display sales data for the sake of comparison. The more ways sales data can be displayed, the better. This explains why you’ll see the Encore and XV Crosstrek listed with small cars, too, and the pricey FJ Cruiser and Xterra with midsizers, as well… because readers have wanted it both ways. You can always find the sales results for EVERY vehicle and form your own competitive sets by using the All Vehicle Rankings posts.