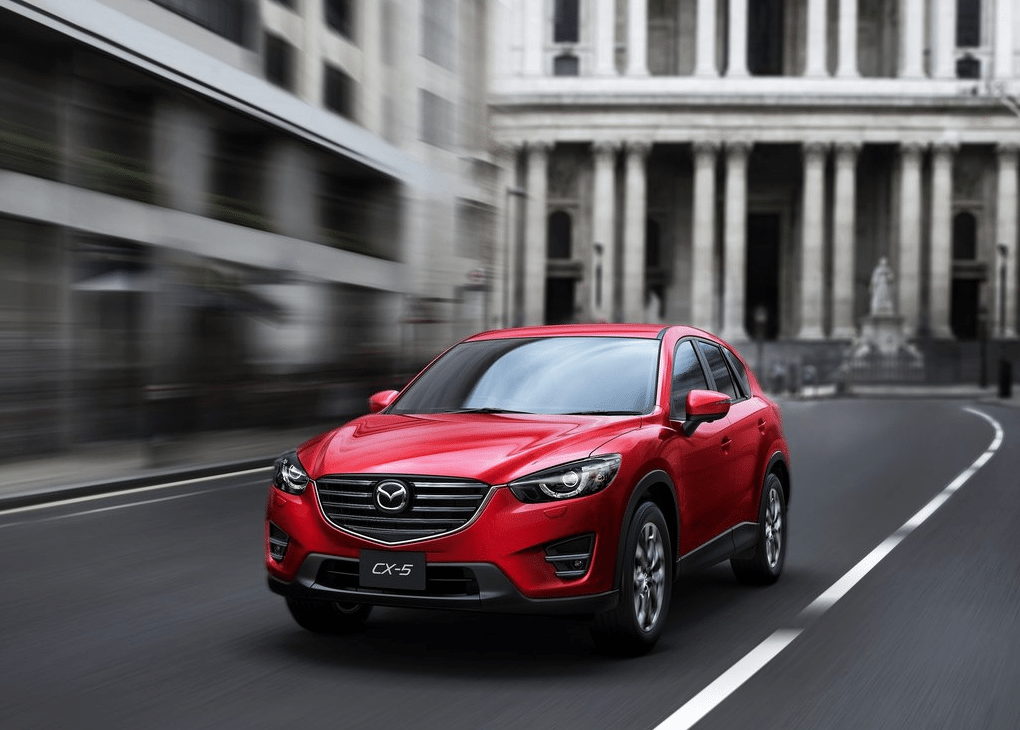 January 2015 went against the grain. After a year in which the core Ford Escape-led small SUV/crossover segment shot up 15% compared with 2013, January sales of small utilities slid 3% after climbing 21% a year ago. 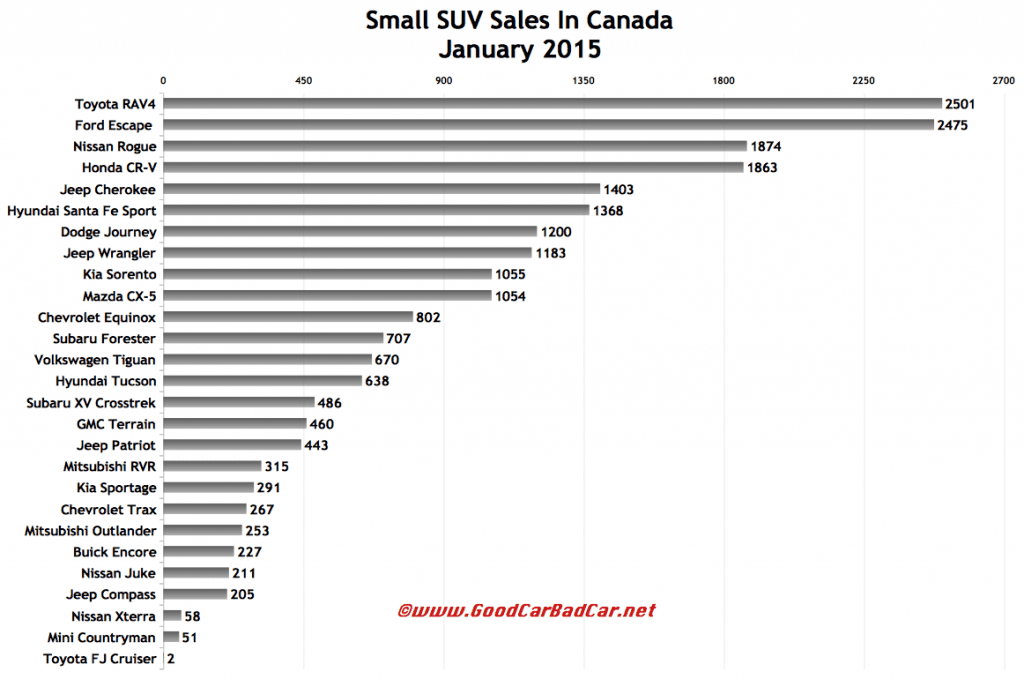 Moreover, the Escape didn’t lead the category. Its 5% decline was slight – equal to only 122 fewer sales – but it set the tone for a segment that simply didn’t attract as many new buyers as it did a year ago. The Chevrolet Equinox, Dodge Journey, GMC Terrain, Hyundai Tucson, Jeep Compass, Kia Sportage, and Mitsubishi Outlander all posted declines of at least 27%.

Instead of the Escape, the Toyota RAV4 took top honours. And by what a margin: 26 whole units. RAV4 sales jumped 16%. The Honda CR-V, Canada’s top-selling SUV/crossover in November and December, jumped 30% year-over-year. The Kia Sorento, in clear-out mode before the 2016 model arrives (and we move it exclusively to the midsize category), was up 22%.

While the results are far from meaningless, January figures won’t end up telling the complete story by year’s end. Canadians will likely buy twice as many new vehicles in May as they did last month, for example. January accounts for the smallest portion of the Canadian auto industry’s yearly volume, and it’s unlikely that you can place much stock in these results holding up long-term.