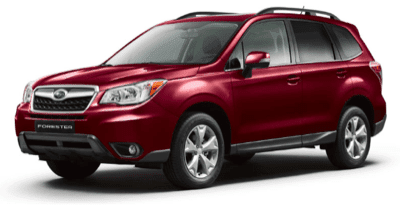 During this period of anticipated Subaru Forester declines, Subaru’s XV Crosstrek has been a huge help. The XV outsold the Forester by seven units in February and has found 86 more buyers through two months. Problem is, in helping out the Forester, the Crosstrek is eating up plenty of Impreza sales. The car from which the XV is derived has posted a 43% year-over-year decline in the first two months of 2013.

Mazda reported a 456% increase in Canadian CX-5 sales compared with February 2012, the first month in which it was on sale. But February was only the CX-5’s eighth-best month so far. We’ll know in a couple weeks what happened in March. Unless Mazda Canada sold 1649, there’ll be some red font in its line. The CX-5 was Canada’s tenth-ranked utility vehicle in February, ahead of the Ford Edge, among many others.

Two of the three worst declines in February were reported by Japanese automakers from opposite ends of the spectrum. Suzuki Grand Vitara volume fell 40%; Honda CR-V sales slid 44%. Meanwhile Hyundai found out that the new Santa Fe is plenty good enough to make buyers avoid the decent Tucson, and Tucson sales fell for the fourth consecutive month; this time in 40% fashion.

You can always find historical monthly and yearly sales figures for all these SUVs and crossovers by selecting a make and model at GCBC’s Sales Stats page – you can also click a model name in the sortable tables below. Feel absolutely free to make suggestions on the way GCBC breaks down the small SUV/CUV category. And don’t forget that you can rearrange the order of utility vehicles below, ranking them by February or year-to-date volume, for example.

Source: Manufacturers & ANDC
* indicates a vehicle which is also shown in another GCBC segment breakdown