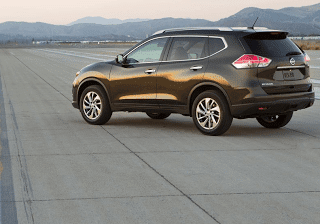 Even with a 10% decline in Canadian sales, the Ford Escape was still Canada’s top-selling small crossover in August 2013, and Canada’s favourite utility vehicle overall. The Honda CR-V, Toyota RAV4, Hyundai Santa Fe, and Dodge Journey were between 1266 and 1610 units back of the Escape.

The Santa Fe’s 49% year-over-year increase, while impressive, was bettered by the Mazda CX-5’s 130% jump, the Mitsubishi Outlander’s 77% jump, the Subaru Forester’s 59% increase, and the Nissan Rogue’s 55% gain, as well.

Ford Canada sells more than six Escapes for every Tiguan sold by Volkswagen Canada. The Tiguan is playing a larger role in attracting more customers to Volkswagen showrooms, however. A year ago, the Tiguan accounted for 10.1% of VW Canada’s sales during the first eight months in 2012. This year, with the Tiguan’s 20% increase, it now makes up 11.3% of VW Canada’s volume.

That’s not to say the Escape isn’t a key to Ford’s success. 15.3% of the brand’s Canadian volume is Escape-derived, and 26.7% of the Ford brand’s non-F-Series sales are generated by the Escape.

Source: Automakers & ANDC
* indicates a vehicle which is also shown in another GCBC segment breakdown
^ not including 461 Santa Fe XL sales (1947 YTD) which are shown exclusively in the midsize SUV category.
GCBC isn’t here to break down segments, an impossible task for any group, but to display sales data for the sake of comparison. The more ways sales data can be displayed, the better, right? This explains why you’ll see the Santa Fe and Sorento listed with midsize SUVs – they’re stuck in between in terms of size – as well as vehicles like the Wrangler and Xterra listed both here and there. The Buick Encore and Subaru XV Crosstrek and their gang are also listed with mainstream cars, because they’re sitting on a fence between SUVs and traditional passenger cars. You can always find the sales results for EVERY vehicle and form your own competitive sets by using the All Vehicle Rankings posts.