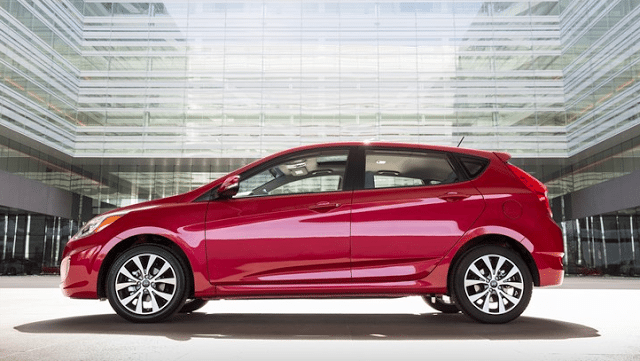 Canadian sales of subcompact cars continued to plunge in October 2015, diving 26% to only 5610 units, just 3.4% of the Canadian auto industry’s total volume. Subcompacts, perpetually led by the Hyundai Accent, accounted for 4.9% of the industry’s sales in October 2014.

The Accent’s 19% year-over-year decline equalled a loss of 349 sales for Hyundai’s dealers, but the percentage losses accrued by many of the Accent’s rivals were far worse. The Chevrolet Sonic slid 24%, Ford Fiesta sales fell 34%, the Honda Fit’s volume was more than chopped in half, and the Kia Rio tumbled 28%.

Mazda 2 sales also plunged, falling 97% to only 10 units. We’ve been waiting for Mazda to replace the departing 2, a car that arrived in 2010, but we learned this week that Mazda won’t be replacing the 2 after all. This is the end of Mazda’s subcompact battle. The already-revealed next-gen 2, on sale through much of the world, is dead on arrival.

The 2 does live on in two other forms. The CX-3 is a subcompact crossover based on the 2, and at the current pace, Mazda Canada would sell 9000 CX-3s per year. (The 2 only accomplished that feat once, before sales plunged in 2012.) Mazda makes far more money selling a CX-3 than a 2. But you can still have a next-gen 2, only it won’t wear a Mazda badge. The Toyota Yaris sedan is a four-door be-trunked version of the 2 you can’t have. In the United States it’s a Scion iA, and it’s already become Scion’s top-selling model.