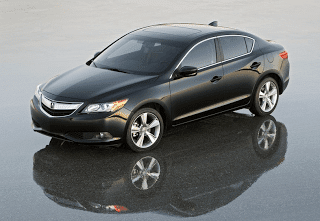 In October 2013, during a year of decline, Canadian sales of subcompact cars once again grew. September subcompact sales rose 15.5% as the Mitsubishi Mirage tagged along and the six top sellers all reported year-over-year increases.

The Versa was Canada’s top-selling subcompact car in October 2013. Year-to-date, the Hyundai Accent leads the Kia Rio by 3006 sales; the Rio leads the Versa by 3996 units. Combined, the Accent, Rio, and Versa own 2.8% of the Canadian automobile market.

October was the fourth consecutive month, and the sixth month this year, that Honda Canada sold more than 6000 Civics. Honda had done so only seven times in the previous three years.

Among small cars, none produced a greater year-over-year Canadian increase in October than the Chevrolet Spark. Its 189% jump equalled 142 extra sales in GM Canada showrooms. Among continuing cars, no decline was worse than the Acura ILX’s 61% drop. GCBC also shows the ILX with small luxury brand cars, where its decline wasn’t the worst. Acura TSX sales, for example, slid 76%.

You can click any model name in the tables below to find historical monthly and yearly Canadian auto sales data. You can also select a make and model at GCBC’s Sales Stats page. These tables are now sortable, so you can rank subcompacts, compacts, city cars and all types of small cars any which way you like. Suggestions on how GCBC should break down segments can be passed on through the Contact page. You’ll notice that the + icon has been removed from year-over-year increases, but you can still identify year-over-year declines with the – symbol and red font.