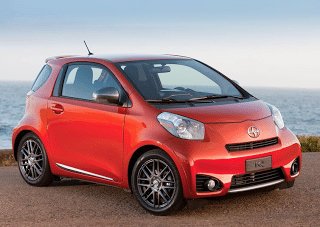 The Dodge Dart was Canada’s eighth-best-selling compact car in November 2013. That sounds both terribly unimpressive and really quite impressive at the same time.

In routine fashion, Canada’s seven best-selling cars are – in one order or another – the Honda Civic, Hyundai Elantra, Toyota Corolla, Mazda 3, Chevrolet Cruze, Volkswagen Jetta, and Ford Focus. More often than not, the eighth-best-selling car in Canada is the best-selling midsize car that month.

In November, that car was the Toyota Camry, and it was followed by the Hyundai Sonata and Ford Fusion. The eleventh-ranked car, however, was the Dodge Dart, which posted a 63% year-over-year increase to record its best Canadian sales month so far, 19% better than what Chrysler Canada managed in the Dart’s previous best month.

Is eighth place sufficient? A year ago, the Dart ranked eleventh in the category. A month ago, the Dart ranked 13th. It’s worth noting that a sea change would be required for the Dart to routinely crack the top seven, so established is the leading pack. But regularly outselling the Kia Forte, Nissan Sentra, Subaru Impreza, Volkswagen Golf, and Mitsubishi Lancer – and doing so with relative ease – would be an attainable goal for the Dart.

Perhaps we’re reading too much into a one-month performance. In 2013, Honda Canada has sold an average of 5514 Civics per month. Monthly Dart sales average just 863 units, six times less than what Honda manages. (In the U.S., the Civic-to-Dart ratio is 4-to-1.) Dealing with the Civic’s Canadian powers isn’t just an unfortunate mission that’s been bestowed upon the Dart. All compacts competing in Canada are second-tier cars.

Hyundai’s Elantra was the leader at the halfway point this year, but the Civic has outsold the Elantra by nearly 9000 units over the last five months, an astonishing performance in a market as small as Canada’s.

In other small car news: Smart sold four times as many Fortwos as Scion sold iQs. Subcompact sales jumped 12% thanks to the Sonic, Fit, and Versa. Impreza sales are down 10% this year yet sales of all Impreza-based cars are up 25% in 2013.

You can click any model name in the tables below to find historical monthly and yearly Canadian auto sales data. You can also select a make and model at GCBC’s Sales Stats page. These tables are now sortable, so you can rank subcompacts, compacts, city cars, and small crossovers any which way you like. Suggestions on how GCBC should break down segments can be passed on through the Contact page.