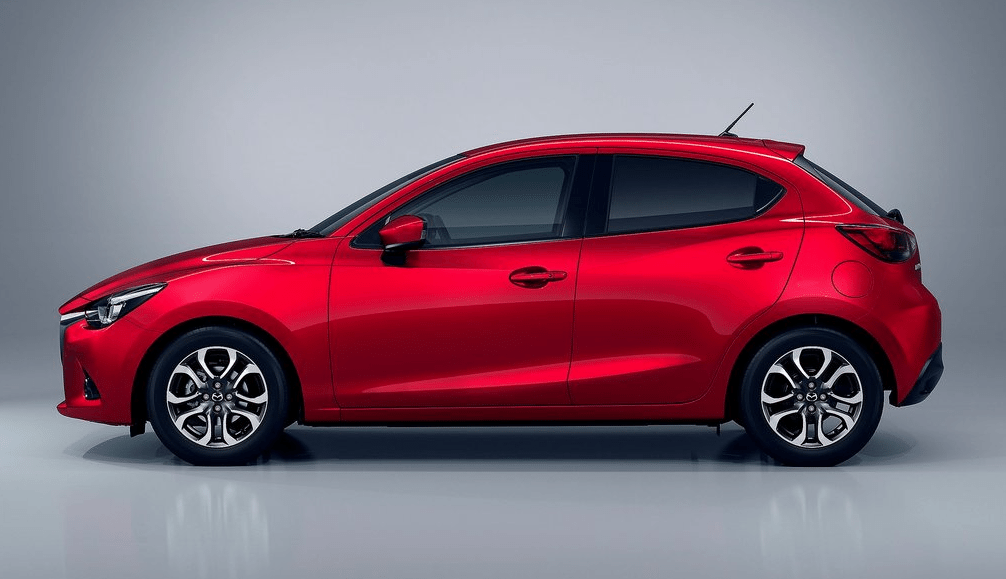 Car sales in Canada increased by more than 3% in June 2014 despite major losses in the large and midsize volume-brand segments. 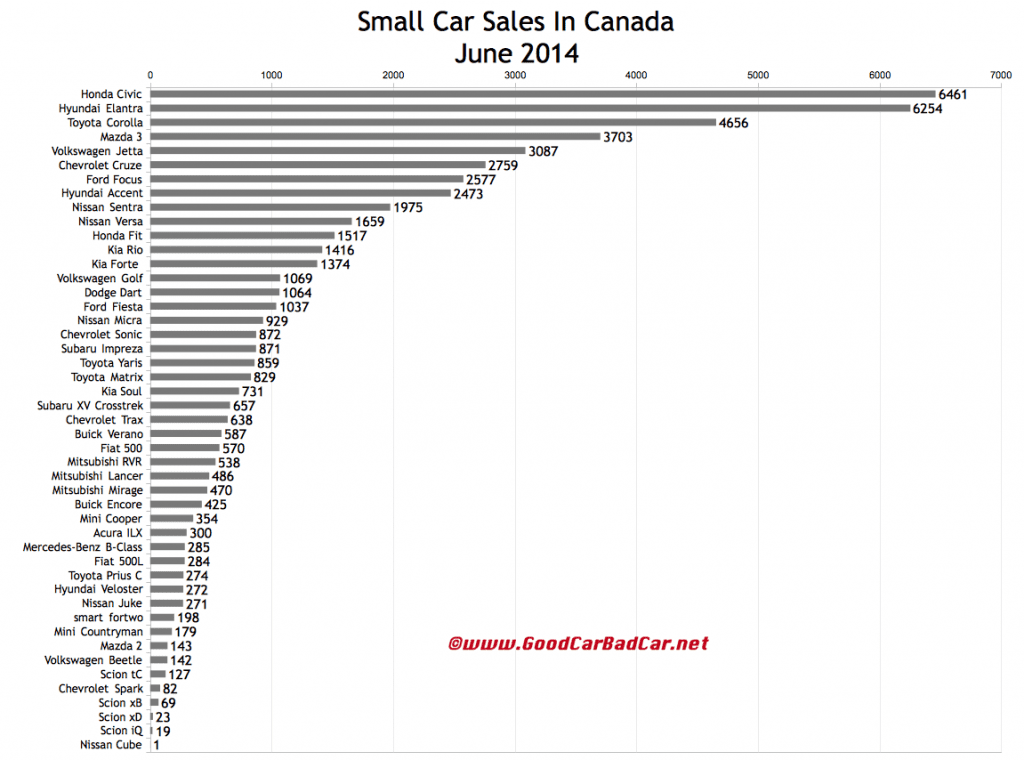 Sales of compact cars, however, jumped 5%, and subcompact cars rose 23% with big increases from the Honda Fit and Nissan Versa. Canadians also registered 1399 Nissan Micras and Mitsubishi Mirages, two nameplates which weren’t available at this time a year ago.

But it’s among the more conventional compacts where big numbers reside. The class-leading Honda Civic, Canada’s best-selling car in each of the last 16 years and the best-selling car through the first half of 2014, outsold the Chevrolet Cruze, Dodge Dart, and Ford Focus combined last month.

June 2014 was the Dart’s first four-digit sales month since November of last year and its fourth-highest-volume month since the car arrived two years ago. 17,692 Darts have been sold in Canada over the last 24 months.

Meanwhile, the second, third, and fourth-best-selling cars in the country – Elantra, Corolla, Mazda 3 – all posted year-over-year sales increases in June. For the Elantra, this was its first since last August. Corolla volume has improved in five consecutive months. After a difficult first quarter in which sales of the new Mazda 3 slid 6%, second quarter sales were up 20%.

One would imagine that Mazda has the capacity to take on the subcompact class as successfully as it has the compact class in Canada. The 3 is a real success, if not quite as popular now as it was as recently as 2010. But the 2 hasn’t sold well since the first quarter of last year and hasn’t recorded a 1000+-unit sales month since February 2012.

Could the new 2, pictured above, be the car that more capably takes the fight to the Hyundai Accent and Nissan Versa? It looks the part.