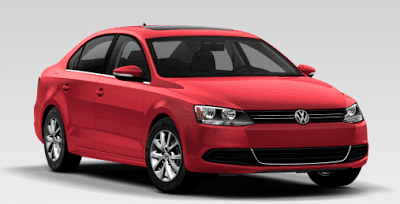 Canada’s seven best-selling cars accounted for 16% of the auto industry’s February 2013 sales volume. Those seven top-selling cars were all, in a manner of speaking, small car rivals from the compact class.

Meanwhile, Canada’s seven top-selling subcompact cars, many of which feature distinctly compact-like interior dimensions, were responsible for 5% of the new vehicle market’s volume in February 2013. The most popular compact, Canada’s first-ranked Hyundai Elantra, outsold the most popular subcompact, Hyundai’s Accent, by a three to one margin.

Small cars of a wide variety, from the Fiat 500 to the Impreza-derived Subaru XV Crosstrek, put up fairly decent numbers in small-car-loving Canada, although Cinquecento volume has fallen in two consecutive months.

In other words, Canadians can choose between a huge number of different small cars and small car types. Yet with amazing frequency, Canadians choose to drive a fairly conventional car from Hyundai, Honda, Mazda, Toyota, Volkswagen, Chevrolet, or Ford, rather than a hybrid hatchback from Toyota or a retro-styled coupe from Mini or even an itty-bitty crossover from Nissan.

Historical monthly and yearly sales figures for any of these small cars can be accessed by clicking a model name in the sortable tables below or by selecting a make and model at GCBC’s Sales Stats page. You can rank vehicles by year-to-date volume or February sales or by year-over-year change by clicking column headers in any of the lists. Click the accompanying chart for a larger view. And feel free to make suggestions on how GCBC should break down segments.

Source: Manufacturers & ANDC
* indicates a model which is also displayed in another GCBC segment breakdown