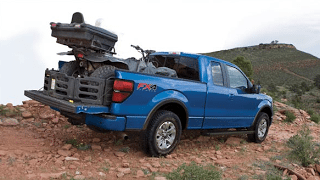 In August 2013, Canada’s best-selling small car (and best-selling car overall) was the Honda Civic, which finished last month with a 2546-unit lead over the Hyundai Elantra through eight months. August marked the tenth time since the beginning of 2011 that Honda Canada has sold more than 6000 Civics in a single month.

Hyundai Canada’s wildly successful Elantra has only managed that feat once, in May of this year.

In the compact category, the Civic’s 25% year-over-year improvement was bettered only by the Dodge Dart’s 68% increase. August 2012 was the Dart’s first full month on sale in Canada.

A trio of subcompacts posted even more dramatic year-over-year increases. Toyota Prius C volume jumped 71%. The Prius C is Toyota Canada’s best-selling Prius derivative. The Nissan Versa, with assistance from the new Note hatchback, climbed 78%. Ford Fiesta sales shot up 84%. But because of a  dreadful first seven months in 2013, Fiesta sales remain down sharply through the first two-thirds of 2013.

The subcompact segment as a whole us down 9.2% in Canada so far this year, a 6293-unit drop. More than half the cars in the category have reported year-over-year declines. Canadian pickup truck sales, you might be interested to know, are up 7.9% in 2013.

You can click any model name in the tables below to find historical monthly and yearly Canadian auto sales data. You can also select a make and model at GCBC’s Sales Stats page. These tables are now sortable, so you can rank small cars any which way you like. Suggestions on how GCBC should break down segments can be passed on through the Contact page.

Source: Automakers & ANDC
* indicates a vehicle which is also shown in another GCBC segment breakdown
^ includes Paceman, Cooper is unfortunately not broken down by variant
GCBC isn’t here to break down segments, an impossible task for any group, but to display sales data for the sake of comparison. The more ways sales data can be displayed, the better, right? This explains why you’ll see the Encore and XV Crosstrek are listed with small SUVs, too, and the Acura ILX shown with mainstream cars is also displayed with luxury cars… because readers have wanted it both ways. You can always find the sales results for EVERY vehicle and form your own competitive sets by using the All Vehicle Rankings posts.